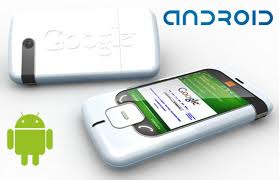 Apple may have the largest application store in the world with 200,000 apps and nearly 4 billion downloads. But, software developers see Google’s (NASDAQ: GOOG) Android as the mobile platform of the future and have begun to spend more and more time making software for it.

A news study of 2,363 developers by Appcelerator and IDC showed among Appcelerator developers  58.6% of respondents believe Android has a better long-term outlook over iOS (34.9%).

The primary reason for the shift is that 72% of developers say Android “is best positioned to power a large number and variety of connected devices in the future,” compared to 25% for iOS.

The research results are not much of a revelation. The Apple OS only works on the iPhone and iPad. No matter how well these sell, the OS is still a closed system and is not adaptable to other handsets. The Google Android systems can be used by almost any firm that designs and manufacturers smartphones. It is both royalty-free and open source so the ease the developers find as they work with the system is high.

Apple may regret its decision to keep its source code private and only allow developers to build apps which the company controls through its App Store. That day may not come soon because of the popularity of its products, but Android’s adoption rate is already great enough to eventually overwhelm Apple’s OS domination on smartphones, which Apple only held for three years.

No one can tell what Google believes the future of Android is or how the search company will make money on it. Perhaps Android will help Google sell search ads on wireless devices. Or, it may eventually promote adoption of the Google search features on smartphones.  Android may just be a miscalculation on Google’s part about the value of ownership of a widely used operating system.   But even if Google has made a huge mistake, it has begun to cost Apple dearly.