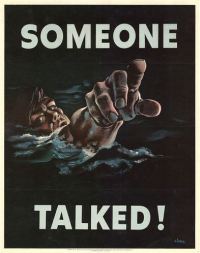 You know the Wall Street rumor mill goes into overdrive from time to time.  This is not so much of a “today” issue but an “all of them, right now!” issue.  There are too many takeover and merger rumors out there in the land of technology, media, and communications.  Some of these deals may get done, but it would be strange to imagine that all of these (or even half) can get done.

Akamai Technologies Inc. (NASDAQ: AKAM) is up on persistent rumors that it could be a Google takeover target.  After a 5% gan to $24.60, its 52-week range is $18.25 to $54.65.  It would require a much higher price to get a deal done and the current market cap is $4.5 billion.  Other investors have gone on to note, rather than that why not a Level 3 Communications Inc. (NASDAQ: LVLT) or a Limelight Networks, Inc. (NASDAQ: LLNW)?

Eastman Kodak Co. (NYSE: EK) is rumored to be selling its technology and imaging patents portfolio more often than you can count.  This company is dead without those patents, but oh well.

InterDigital, Inc. (NASDAQ: IDCC) would have to rally nearly 75% to challenge its 52-week high of $82.50 again.  This one is currently in the “looking at strategic alternatives” phase and many feel that its patent portfolio for 2G, 3G, 4G, and IEEE 802 would make the company a prime candidate.  After the Google-Motorola deal, anything is possible but we do not have any real feel here to add much positive or negative at this point.

Motricity, Inc. (NASDAQ: MOTR) has just cratered since its 2010 IPO.  It has been too embarrassing and shares are under $2.00.  In late-September it received $20 million in financing and announced that it was exploring strategic alternatives.  What an embarrassment.

Netflix. Inc. (NASDAQ: NFLX) has started to loosely be discussed about “the value of its assets and clients” by some investors, but it currently feels like a “long and very-very wrong” hope or act of desperation.  At $117.85, its shares are down from over $300 in just over 3 months.  Keep in mind that the market cap is still $6.2 billion and usually imploded stocks have to languish for months before the company gets a large enough shareholder base that owns the stock at a lower level to approve a deal.

Nuance Communications, Inc. (NASDAQ: NUAN) is a name that has come up over and over as a takeover name and it hit a 52-week high of $23.30 today after more than a 4% rise.  This one is the last huge independent voice recognition software player.  It is again trading like a takeover candidate and its $7.1 billion market cap is about 5-times expected sales and about 17-times expected earnings.

Primus Telecommunications Group, Inc. (NASDAQ: PTGI) is still very small and it recently hired Jefferies to explore strategic alternatives.  Its market value is about $155 million and the $11.37 price compares to a 52-week range of $7.35 to $16.25.

Research In Motion Limited (NASDAQ: RIMM) keeps coming up as a rumor mill name for a restructuring, sale review, investor activist, and more.  With all of the problems, ask yourself this… “Who wants to buy another Palm at a premium much higher than the $12 billion RIM is worth today?”… Our guess: not many.

Sony Corporation (NYSE: SNE) has been rumored of late to be interested in buying the LM Ericsson Telephone Co. (NASDAQ: ERIC) stake in the LM-Ericsson handset deal.  Who knows on that one.

Yahoo! Inc. (NASDAQ: YHOO) has been out looking at alternatives and the new latest is that private equity firms like KKR, Blackstone, and a few others could be considering a club-deal.  This is a $20 billion market cap, so a buyout is not so easy for many.  Microsoft denied its interest in re-offering for a buyout and Alibaba is a yes-maybe status as of last look.

Tallying up the rumor mill here would seem silly.  There are too many companies here to count legitimately even if Apple could write a check for all of the companies and start over.  Don’t bet on that happening.  Still, this is how full the rumor mill has been of late.  Some deals may get done, but no way all of these get done.  More important is the consideration that it is possible that none of these rumors come to fruition.