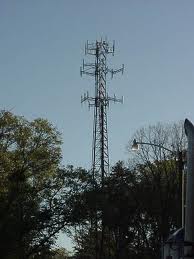 NII Holdings Inc. (NASDAQ: NIHD) reported a second-quarter net loss of $0.60 per share and $1.5 billion in revenue before markets opened today. Per-share earnings for the same period a year ago came to $0.66, and last year’s revenue totaled $1.75 billion. The results compare to the Thomson Reuters consensus estimates for EPS of $0.06 and $1.56 billion in revenue. NII markets communications services under the Nextel brand in several Latin American countries.

During the second quarter, we continued to move forward with the deployment of our 3G networks, while addressing a number of near-term operational challenges we face in some of our markets. … [M]uch work remains to be done to improve our results as we respond to changes in the competitive environment and prepare our business for the transition to 3G. We are taking actions designed to drive that improvement and place NII in the best position possible as we launch 3G services in Mexico at the end of the third quarter and Brazil at year end.

NII’s subscriber count rose by about 234,000 in the quarter, but revenues and operating income fell in every country. For example, operating income in Mexico fell from $137.1 million in the same period a year ago to just $46.4 million this year. Average revenue per user fell by an average of $13 when compared with the same period a year ago. There’s nothing in the results that offers comfort for shareholders.

NII’s U.S. cousins, Sprint Nextel Corp. (NYSE: S) and Clearwire Corp. (NASDAQ: CLWR), have both reported solid numbers for the second quarter, and share prices for these two are recovering at least somewhat. Sprint posted a 52-week high at the end of July and Clearwire is near a three-month high.

NII’s shares rose nearly 19% yesterday following an analyst’s report that the company would beat second-quarter revenue and earnings estimates. That assessment was probably based on the fact that the company’s shares were trading about 80% below the 52-week high and the only direction to go was up.

Shares are inactive in the premarket so far this morning, having closed last night at $8.08. The current 52-week range is $6.56 to $41.05. Thomson Reuters had a consensus analyst price target of $18.53 before today’s results were announced.