Sprint vs. T-Mobile: Who Benefits and Who Loses Out? 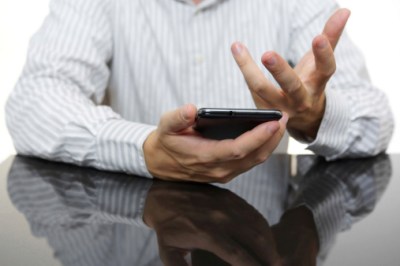 Source: Thinkstock
Wireless carriers Sprint Corp. (NYSE: S) and T-Mobile US Inc. (NYSE: TMUS) struggle neck and neck to dominate the second tier in the industry. Verizon Communications Inc. (NYSE: VZ) and AT&T Inc. (NYSE: T) dominate the number one and number two spots, respectively, while Sprint struggles to hold the third spot, with T-Mobile holding close at number four. Who benefits and who loses from this neck-and-neck struggle between Sprint and T-Mobile?

First and foremost, the customer ultimately benefits. Wireless phone service represents a commodity. On a basic level, one is just as good as the other. Sprint and T-Mobile can only win over customers by competing on price and service. Sprint customers definitely win on the pricing front. Sprint customers can get a plan for $90 per month on both the iPhone 6 and the Samsung Galaxy 6. T-Mobile customers pay more for their plans but make up for it in terms of service. T-Mobile customers get upgradeability options over the length of their contract.

While the customer ultimately benefits in the commoditized world of wireless, the shareholders of the less profitable company ultimately lose out. According to Morningstar, Sprint has not turned a profit since 2006. Moreover, the last time Sprint’s free cash flow resided in the positive range was 2011. T-Mobile fares better on the fundamentals front. It demonstrates consistency in maintaining net income. However, it also struggles to generate free cash flow. T-Mobile turned free cash flow deficits of $861 million and $3 billion in fiscal 2013 and 2014, respectively.

T-Mobile’s tendency to show net income paid off for investors in the form of superior returns. Over the past five years, T-Mobile saw its shares advance 111%, compared with 93% for the S&P 500 as a whole. By contrast, Sprint shareholders suffered during that time, with shares advancing a mere 5%.