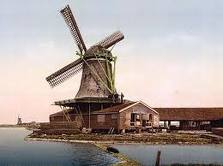 Customer satisfaction among travelers who fly on low-cost carriers is substantially higher than for people who use traditional airlines. JetBlue (NASDAQ: JBLU) tops a recent evaluation of service among carriers and US Airways (NYSE: LLC) sits at the bottom.

USA Today looked at data from 2004 to the present which included studies by JDPower, Zagat, and from several universities.  The review by the newspaper found that “There’s no correlation between what passengers pay for flights and their satisfaction with an airline. Newer planes and a concentration on service often dictate customer satisfaction.”

The meta-data study indicates that old fleets and legacy employees hurt consumer perception of carriers such as American (NYSE: AMR), Delta (NYSE: DAL), and Continental. This perception could be worsened by that Delta merger with Northwest and the upcoming combination of Continental (NYSE: CAL) and United (NASDAQ: UAUA). Marriages between airlines often cause labor unrest, a cutback in numbers of flights, and mergers of reservation systems which can cause delays in bookings and incompatible fares.

What the survey does not show is that the traveler who wants to go from place to place by air is trapped. Discount carriers including Southwest (NYSE LUV) and JetBlue only fly to very limited parts of the nation. Fliers who want access to most of the airports around the country have no other choice than to use the large airlines.

And, that may be the secret to good service–it is easier to provide on route systems which are small and need only a modest number of aircraft. Carriers that are medium-sized and cover modest amounts of geography may be better able to treat customers because they have more control over the number of people they serve and the number of airports that they fly to.