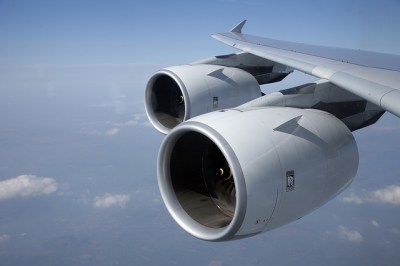 Source: Rolls-Royce Holdings PLC
Many investors have made money by making investments in change that they foresee years into the future. This never eliminates risk, and some investors make the right call, but how they made their investment or which companies they bet against can still bring losses. So, how would investors consider investing for or against the new notion that the U.S. Environmental Protection Agency (EPA) has issued targets against greenhouse gases that are caused by the airlines and aviation sector?

The EPA is now seeking public input to inform future steps by the agency regarding emissions from the commercial airline sector. While the effort is new, this has been coming for years. One of the potential beneficiaries will be the biofuels makers. Still, there almost certainly will be winners and losers — and which companies win and lose is far from set in stone.

The EPA and the Federal Aviation Administration (FAA) are participating in International Civil Aviation Organization’s (ICAO’s) process to achieve meaningful CO2 emissions reductions, and in a manner that is equitable across national boundaries. These standards are expected to be adopted in 2016, but this may still be years in the making.

24/7 Wall St. wanted to review four of the potential winners in biofuels here. The reality is that some of the moves may be very different from how things turn out in the months and years ahead. None of these companies are immune to market risk, sector risks and political risk. There are also other potential winners as well — and there likely will be many losers.

Gevo Inc. (NASDAQ: GEVO) shares were up 5% at $3.95 on Wednesday afternoon, and the 52-week trading range of $1.32 to $14.85 should show just how volatile this is. Also, shares closed on Wednesday up 9.5% at $4.13 on roughly 9.4 million shares. Gevo had also traded over 7 million shares with more than an hour until the closing bell — more than double its average daily volume. Gevo’s market cap is not even $80 million. Gevo just recently announced a breakthrough to its fermentation technology that the company said would allow it to produce isobutanol from cellulosic feedstocks such as wood waste, which can then be converted into Gevo’s alcohol-to-jet fuel.