Is This the Future for America's Defense Contractors? 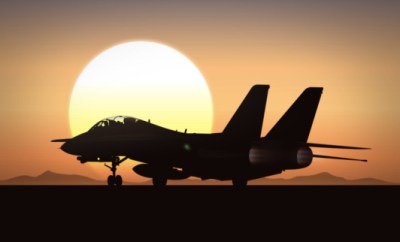 Source: Thinkstock
Desalination projects. Global warming monitoring. Green energy. These are just a few of the new lines of business that the world’s biggest defense contractor, Lockheed Martin (NYSE: LMT), has been exploring in recent years as a way to keep the revenues flowing, even as the U.S. cuts spending on defense.

But as it turns out, Lockheed Martin isn’t the only defense contractor having a bit of a midlife crisis about its chosen career. Earlier this week, General Dynamics (NYSE: GD) — Lockheed’s rival on the Navy’s Littoral Combat Ship program — announced it’s doubling down on its commercial, nonmilitary private-jet business, when GD subsidiary Gulfstream unveiled a new G50ER “ultra-long-range” business jet, which the company says can travel as far as 7,500 on a single tank of gas, at speeds of up to Mach 0.9. Hoping to juice revenues flowing from private customers, General Dynamics ballyhooed the new plane’s ability to fly nonstop from “New York to Hong Kong, Dallas to Dubai and San Francisco to Delhi.”

Not to be outdone, Huntington Ingalls (NYSE: HII) — also a rival to General Dynamics in the business of building nuclear-powered submarines — confirmed last week that it, too, is diversifying away from defense. And Huntington’s move may be the strangest one we’ve seen yet.

You’ve got to accentuate the positives
If General Dynamics’ new airplane is a mere doubling down on an existing business, and Lockheed’s moves into desalination and liquefied natural gas transport at least build upon research and expertise the company has gained from its work on NASA’s space program, then Huntington Ingalls’ decision to buy UniversalPegasus International Holdings (UPI) last week must leave some investors scratching their heads.

What exactly do the businesses of Huntington — one of the nation’s biggest builders of nuclear-powered warships — and UPI, a “leading provider of engineering and project management services to the domestic and international energy markets,” have in common? Where’s the connection?

In a statement describing its purchase of UPI (for an undisclosed sum), Huntington made no attempt to disguise the fact: The two companies have nothing in common. There is no connection, other than that Huntington apparently sees value, and a source of new revenues, from “entering the growing oil and gas market with a reputable and established company.” But should this rationale be enough for investors?

What it means to investors
Maybe, possibly, yes. But it really all comes down to how much Huntington Ingalls has agreed to pay to acquire UPI.

As a privately held firm, you see, details on UPI’s operations are hard to come by. What we do know is that the industry it operates in tends to be a low-margin but rather high-growth business. According to S&P Capital IQ, two of UPI’s larger competitors are the engineering firms Jacobs Engineering (NYSE: JEC) and Willbros Group (NYSE: WG) . Neither one is particularly profitable. Over the last year, Jacobs earned only 5% operating profit margins on its revenues, while Willbros earned an even sparser 2.3% operating margin — and lost money on the bottom line.

Analysts who follow the companies, however, believe that the industry in which they operate is growing briskly, with the consensus number being 18% growth annually over the next five years. That’s right in line with what analysts expect Huntington Ingalls to grow profits at — so in this respect at least, the purchase of UPI may be a good match.

The trickier question is whether UPI is growing its profits as fast as the rest of its industry — and whether it’s profitable at all. Huntington Ingalls has remained silent on both points so far, and investors should probably count that against Huntington. After all, if Willbros, for one — six times UPI’s size in terms of numbers of workers employed — lacks sufficient scale to earn a profit, there’s a good change UPI is struggling, too.

Long story short, if investors are bidding down Huntington Ingalls shares in response to news of the UPI acquisition (and they are), well, they may be right. Until Huntington Ingalls provides its shareholders with more information on the reasons for its purchase — and the price — discretion is the better part of value investing here.

But not all investments in the energy space are this vague. In fact, we know of one company that rents a very specific and valuable piece of machinery for $41,000… per hour (that’s almost as much as the average American makes in a year!). And Warren Buffett is so confident in this company’s can’t-live-without-it business model, he just loaded up on 8.8 million shares. A brand-new report details this company that already has over 50% market share. Just click HERE to discover more about this industry-leading stock… and join Buffett in his quest for a veritable landslide of profits!