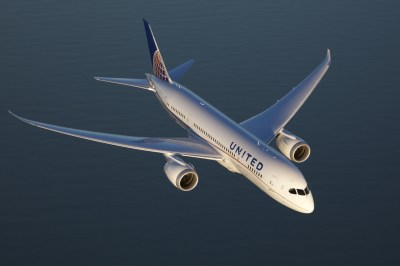 Source: United Continental Holdings Inc.
If it weren’t for the various ancillary revenues that airlines have cobbled together over the past several years, the industry would likely be in much worse shape. In 2007, 23 airlines collected some $2.45 billion in fees, commissions and the sale of frequent flyer points. By 2013 that figure had ballooned to $31.5 billion for 59 airlines.

The data come from an analysis of financial filings by online car rental firm CarTrawler and research firm IdeaWorksCompany, which have been collecting the data since 2007. The report defines ancillary revenue as “a la carte, or unbundled, services, commission-based services — such as hotel or car rental bookings — and other ancillary services revenue from co-branded credit cards, loyalty programs and other activities.” A la carte services include the much-loved checked bag, early boarding and extra-leg-room seating fees.

For 2013, the average ancillary revenue for one of the 59 carriers reviewed totaled $16 per passenger, compared with a hoped-for net margin in the airlines industry of 2.4% or about $6 per passenger.

The airline that led in ancillary revenues in 2007 was United, with a total of $600 million. The only other U.S.-based carrier in the top 10 was Alaska Air Group Inc. (NYSE: ALK) in fourth place with a total of $194 million.

On a per-passenger basis, the airline that collects the most in ancillary revenues is Jet2.com, with $55.61, followed closely by Spirit, which collects $51.22 in ancillary revenues for each passenger. U.S. carrier Allegiant Travel Co. (NASDAQ: ALGT) ranks fourth with collections of $44.87 per passenger, while United is sixth with $40.97 and Alaska Air is 10th with $32.61.

Among the most lucrative services were Southwest’s Early-Bird check-in, from which the airline raked in $195 million in revenues in 2013. Russia’s Aeroflot added $173.6 million for the sale of frequent flier miles, more than double its 2012 total.