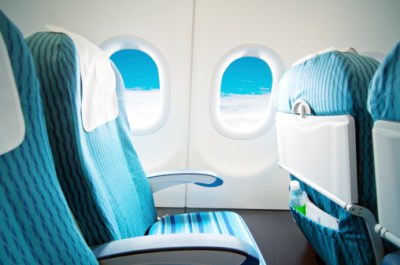 Source: Thinkstock
As an industry, airlines received the fourth-worst score in the American Customer Satisfaction Index (ACSI) rankings of customer satisfaction. Only pay TV, social media companies and Internet service providers rank lower. Even wireless carriers and car dealers rank higher. That may not be an indictment of the industry, but it does indicate a lot of room for improvement.

Overall customer satisfaction with the airline industry in the 2014 ACSI survey totals just 69. The biggest contributors to the low ranking are uncomfortable seating and poor in-flight service. Checked baggage fees also play a significant role in the satisfaction indexes. For customers who don’t check any baggage, the index reading is 71, compared with 66 for those who do check bags. ACSI notes that the percentage of passengers checking baggage has dropped from 35% in 2013 to 31% this year.

Among the six carriers ACSI ranked by name, JetBlue Airways Corp. (NASDAQ: JBLU) and Southwest Airlines Co. (NYSE: LUV) continue to lead in customer satisfaction, although both saw their scores drop compared with a year ago. Higher fuel costs and higher costs for wages and general inflation contributed to the lower ratings this year.

Among the four legacy carriers, Delta Air Lines Co. (NYSE: DAL) holds the lead, following a collapse to an ACSI score of 56 after Delta’s 2010 merger with Northwest Airlines. Airline mergers typically take several years to sort out because, among other things, it is so difficult to switch from two reservation systems to one. Measured by market share and profit, Delta’s comeback appears to be complete.

United Continental Holdings Inc. (NYSE: UAL), created by the merger of United and Continental, still suffers from the effects of its merger of three years ago. The creation of American Airlines Group Inc. (NASDAQ: AAL) from last year’s merger of American and U.S. Airways has a long road ahead of it before the combined airline runs smoothly. Neither scored well on the 2014 ACSI, and it is difficult to believe that a combined score will improve significantly.

Market share data come from the Bureau of Transportation Statistics of the Research and Innovative Technology Administration of the U.S. Department of Transportation. The data reported cover the period from February 2013 through January 2014. JetBlue’s high customer satisfaction ranking is a testament to its low fares and fees; its low market share is evidence of the difficulty of expanding its gate counts as the larger airlines consolidate.

Overall satisfaction with on-time arrivals has dropped from an index reading of 81 to 79, but that is still a fairly high score, compared with 63 for seat comfort, the lowest scoring category. Ease of check-in and ease of making reservations rank at the top, with index scores of 82.

In addition to the six carriers identified by name, ACSI also grouped several carriers in an “All Others” group that included Alaska Air Group Inc. (NYSE: ALK), Spirit Airlines Inc. (NASDAQ: SAVE) and Frontier Airlines. The All Others group posted an index score of 70.

ACSI surveys 70,000 customers annually about products and services they use most often. The researchers then use the data to benchmark more than 230 companies in 43 industries and 10 economic sectors.

In addition to ACSI, we have considered data from AirfareWatchdog.com for additional fees charged by the six major airlines ranked in survey. The total fees are the amount a passenger would pay if he or she paid at least the minimum fee in each of 14 fee categories. We did not include data related to frequent flyer programs and fees. Low-cost carriers Southwest and JetBlue keep their fees low so that they don’t lose their image as lower cost alternatives to the bigger airlines. They have to keep afloat the idea that no matter what they charge it will always be the lowest fare available.

These are America’s best and worst airlines.