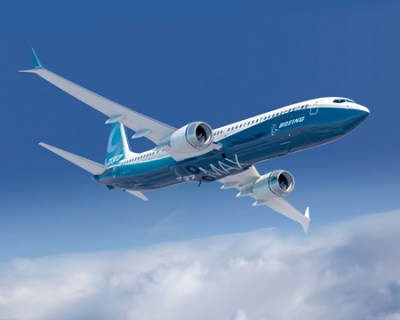 Shares of Boeing Co. (NYSE: BA) have risen nearly 4% in the past five days, and the driver appears to be a strong hint that the company is considering raising the build rate on its 737 passenger jet from its current level of 42 per month to as many as 60 a month. The company has already announced an increase to 47 per month that will go into effect in 2017.

Any increase to 737 production is good news and bad news for Boeing and its stockholders. Canaccord Genuity said in a research note issued Tuesday that the 737 accounts for just over 50% of Boeing’s profits. Having a cash cow like the 737 is critical to Boeing’s profits.

But we’ve noted before the 59% discount from list price that Boeing is offering on its current version of the 737, and the discount of up to 46% on the 787 Dreamliner and more than 60% on a 777-300ER. Boeing can afford to offer steep discounts on the 737 while it completes the design and first delivery of its re-engined model the 737 MAX, which the company plans to deliver in late 2017.

The not-so-good news here is that rival Airbus is scheduled to deliver its first re-engined A320neo competitor to the 737 early in 2015. Boeing may have to increase the build rate of its existing 737 and perhaps even keep increasing the discount to compete with A320neo just to keep from losing orders for the current version of the 737.

Shortly after Boeing announced its production increase to 47 of its 737s a month, Airbus said it would raise production on the A320 to 46 a month. There’s a limit to how many single-aisle, narrow-body planes the market can absorb, according to the analysts at Canaccord Genuity:

[W]e are concerned that the risk of over producing on the narrow-body market increases substantially as rates go up. As a general rule of thumb, many suppliers cite 100/month combined for both Boeing and Airbus as a natural limit, and are concerned that anything above this level is unsustainable for more than a short period of time.

If Boeing were to raise its production rate plan again to, say, 52 planes a month, that would very likely trigger an increased production plan from Airbus. And while aircraft orders have been strong over the past two or three years, there are at least some industry observers who think that orders have peaked. Canaccord Genuity is more concerned that a rate of more than 50 planes a month is unsustainable.

The company could announce a boost beyond 47 737s a month by the end of this year.