The Ten Cars Americans Love The Most 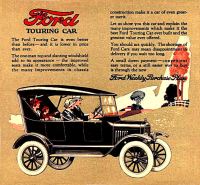 The recession and high gas prices have been major forces shaping Americans lives in the past several years. When it comes to the auto market they had a profound impact on our buying decisions. These can be clearly seen in the list of the ten cars and light trucks models with the greatest unit sales growth in the last five years, as per data from Edmunds. Interestingly, the list does not have a single major Japanese car company model on it. Instead, it is dominated by cars from U.S. companies, second tier Japanese manufacturer Subaru, and upstarts from South Korea, all of which grew sales by at least 60%.

Read The Ten Cars Americans Love The Most

Decades ago, it was Honda (NYSE: HMC), Toyota (NYSE: TM), and Nissan that had tremendous growth and kept gaining market share in the U.S. between 1975 until the last recession. By July 2006, Toyota’s U.S. share matched that of Ford (NYSE: F). Within two years, GM (NYSE: GM) and Chrysler were bankrupt. At the time, not many analysts expected a Detroit renaissance. Probably none predicted that South Korean companies would become the most successful car companies in America in terms of growth. But Kia and Hyundai have taken the U.S. market by storm. They have done so by following the Japanese business example of high quality, fuel efficiency, and low prices.

Most of the cars and light trucks on this list share several commonalities. First, they sell for less than $25,000. This threshold has become more important as the economy began to slip into recession in 2007, making low-priced cars attractive. Second, the price of crude oil rose above $140 in the summer of 2008. Consequently, gas prices shot up, and combined with a harsh economy fuel efficiency became an important consideration. Most of the cars on this list get 30 mpg on the highway, or come close to doing so.

Without meaning to do so, Toyota and Honda helped their competitors as the quality of their models has slipped. Toyota recalled over 8 million cars worldwide in 2008. At the same time, Detroit finally realized that light and fuel efficient vehicles were the future of the American car industry. Hyundai, one of the largest industrial companies in the world, decided its balance sheet and manufacturing capacity could give it the push to match the success of Japanese exports. And, Subaru’s success was based on the simple principle that more people would want inexpensive, durable, all-wheel drive cars. While they all took a different road to get here, Detroit, South Korea, and Subaru all made it onto the 24/7 Wall St.’s cars with the highest sales growth.

24/7 Wall St. received data from Edmunds on sales for cars that were available five years ago and in the most recent 12 months. We only looked at models that sold at least 15,000 units.

Here is 24/7 Wall St.’s cars with the highest sales growth