The Most Dangerous States for Pedestrians 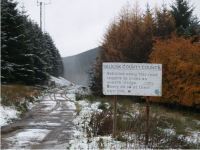 Source: wikimedia commons
Traffic accidents claim a terrible toll. In 2010, 4,280 pedestrians were killed in traffic accidents in the United States. This month, the National Highway Traffic Safety Administration (NHTSA) released its latest traffic fatality figures, showing a nearly 5% increase in the number of pedestrian fatalities from traffic accidents in 2010 compared to 2009. In some states, the rate of pedestrian fatalities rose substantially. Now, state traffic safety boards are scrambling to try to address this problem.

Read: The Most Dangerous States for Pedestrians

To determine why pedestrian safety poses a far greater challenge in some states than others, 24/7 Wall St. spoke to several traffic and pedestrian safety experts, including Trenda McPherson, Florida’s Bicycle Pedestrian Safety Program Manager. According to McPherson, Florida, which had the highest fatality rate in the country in 2010, faced unique demographic factors that made controlling the issue particularly difficult. “We have a lot more tourists, we have a lot of elderly pedestrians, we have a large transit-attendant population, and we have a transient population,” McPherson explained.

However, not everyone agrees on the cause. According to Norm Cressman, Georgia’s Safety Project Manager for the Department of Transportation, age-related issues are important to citizens, but do not appear to be driving pedestrian fatalities. Older residents are concerned that “The amount of time people have to cross isn’t as sufficient because they can’t move as fast,” Cressman explained. However, “Looking at the data, I don’t see pedestrians being killed in Georgia as being older. But that does come up in meetings that I attend that it is a concern.”

A factor that many experts do agree on involves the consequences of urban sprawl and inadequate public transportation. In Florida, for example, McPherson said, “we have large urban areas surrounded by huge rural areas that are very often difficult to network between with alternative transportation resources” In these cities, it is extremely difficult to bike or walk. Georgia’s Cressman explained that residential areas built alongside of multilane roads frequently have crosswalks that are a half mile or more away from public transportation stops, effectively encouraging residents to cross roads unprotected.

Also Read: The Most Dangerous Cars in America

24/7 Wall St. also reviewed Walk Score‘s rating of each state’s “walkability,” which primarily measures the distance between residential areas and urban centers. Seven of the 10 states with the worst walkability scores were among the 15 with the worst fatality rates, including Arizona, which has the worst average score in the country among its 46 cities. Among cities with populations of 100,000 or more, three of the four worst cities are in Florida, including Palm Bay, which has the worst score in the country.

These are the most dangerous states for pedestrians.