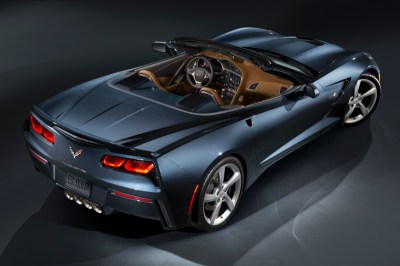 The 2014 season is in full swing for the auto industry, with new products and lines unveiled, and now’s the time for the manufacturers to step back and wait for the car-buying public to step up.

And while there are signs the creeping economic recovery may actually have some traction, the lingering question in the auto industry is which companies will end up celebrating, or regretting, 2014 by the time New Year’s Eve rolls around.

Kelley Blue Book is forecasting auto sales to reach 16.3 million units this year – a 4.9 percent increase from 2013’s 15.6 million units. Unit sales rose 7.6% last year. So, compared to last year, the best for the industry since 2007, growth is expected to slow down – as industry volume approaches sustainable levels in line with consumer demand.

KBB senior analyst Alec Gutierrez notes there are a variety of wild cards the industry has to contend with in 2014. At the top of that list appears to be concerns the Fed might bump up interest rates, which in turn would affect financing costs and possibly shut some potential car customers out of the market – a real issue, says Gutierrez, considering consumers “have relied on attractive and affordable finance options to help offset rising prices.”

The full-size truck sector is expecting a strong 2014, as lower gas prices and a revived housing industry release some pent-up demand in home construction. Pickup trucks saw an increase of 12.1 percent in total market share last year, compared to 2012.

Ford’s (NYSE: F) F-Series pickups, especially its perennially popular F-150 line, have dominated sales, putting it at the top of the list of Top 20 Vehicles.

And while critics seem to like the new F-150, with its all-aluminum body that’s 700 pounds lighter than earlier versions, industry observers realize Ford is taking a gamble – as it redesigns a beloved vehicle to conform to new government fuel efficiency standards.

But that said, “I have high hopes for Ford’s new F-150,” Gutierrez tells 24/7 Wall St. “It sounds like they will be able to continue to deliver the same performance and towing capability as their previous truck while improving handling and fuel economy thanks to weight savings. Only time will tell whether or not truck buyers will be accepting of the increased use of aluminum, but my gut says that this truck will be a winner.”

GM is expected to challenge the status quo in the emerging mid-size class truck market with its 2014 Canyon. “Like the Chevrolet Colorado, the Canyon can cash in on a segment with stale models and no domestic offerings,” says another KBB senior analyst, Karl Brauer. “This creates a lot of potential for both trucks when they hit showrooms this year.”

The luxury vehicle segment also had a banner year in 2013, capturing an additional 13.5 percent of overall market share compared to YTD 2012 – and this year is expected to be good as well. “I like Mercedes this year,” says KBB’s Gutierrez. “The CLA is clearly a hit and if consumers respond to the redesigned C-Class, they will be well positioned to take home the top spot in 2014.”

At the same time, Cadillac appears to be poised for continued growth. Gutierrez notes consumers are responding favorably to the brand’s ATS, XTS, and new CTS sedans.

“The introduction of an ATS coupe should help them to continue to improve sales volume in 2014,” he adds. “However, they will still trail the likes of BMW and Mercedes in 2014.”

But sales in another big Toyota market, China, have been hurt by an ongoing diplomatic dispute between Tokyo and Beijing over the sovereignty of several uninhabited islands in the East China Sea – a dispute that’s sparked violent anti-Japanese protests in several Chinese cities. So it remains to be seen how weakness in the Chinese market might affect Toyota’s 2014 efforts in the U.S.