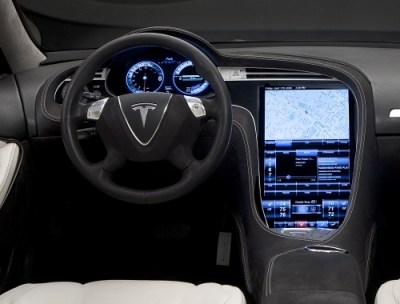 Source: Courtesy of Tesla Motors
Tesla Motors Inc.’s (NASDAQ: TSLA) chief executive Elon Musk is not among the CEOs who are paid only $1 a year. However, he is close. In 2013, Musk made only $69,989, a small fraction of what other people on his senior management team did.

Musk does not have to make much, if anything, as Tesla’s top officer. He owns 27% of Tesla’s shares outstanding.

Tesla has another group that is paid modestly — its board. Base pay for directors is between $27,500 in cash to $45,000. And, when other compensation is included, the highest paid director made $60,957. However, two of the directors have more than 100,000 options.

Tesla’s value, and much of Musk’s wealth, depends on whether a tiny company can get bigger. Tesla has more competition in the high-end electric car business, with new offerings in particular from Cadillac and BMW. Most of these do not run entirely on electric motors. However, a slew of fully electric cars are on their way within two or three years.

Tesla sold only 6,892 of its Tesla S vehicles in the final quarter of 2013. The company forecasts it will sell only 35,000 of them in 2104. This would be a 55% increase year-over-year, but the total count remains unimpressive.

Musk is gambling that the value of the company will increase sharply based primarily on three things. The first is that he can build his own battery factory to speed the increase of inventory in the power plants that run his cars. The second is that he can create a much less expensive Tesla vehicle, with a price closer to $35,000, to appeal to a much broader set of car buyers. And third, that sales will catch fire in Europe and, more particularly, China.

If Tesla’s shares fall, Musk may want a large raise. The value of his 27% will slide.