The Electric Vehicle Maker in China That Grew Over 200% Sequentially 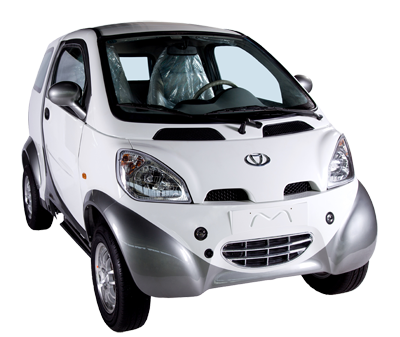 Source: Kandivehicle.com
Kandi Technologies Group Inc. (NASDAQ: KNDI) is not the best known company to U.S. investors, but those who do know it were smiling on Monday. The company issued a press release showing that its Kandi Electric Vehicles Group joint venture sold 4,114 Kandi brand electric vehicles during second quarter of 2014.

The number may not sound massive for a nation like China, but this is a sequential gain of some 238% from the 1,215 electric vehicles sold during the first quarter of 2014.

This group is a 50/50 joint venture between Kandi Technologies and Shanghai Maple Guorun Automobile Co., which is a 99% owned subsidiary of Geely Automobile Holdings.

The company claims that electric vehicle demand continues to grow significantly. What this also signals is that demand for the Carshare Program is alive, as well as leasing for these vehicles. Another boost is the recently passed government policy of waiving a 10% state sales tax on electric cars, plug-in hybrids and fuel-cell vehicles. That tax holiday will run from September 1, 2014, through the end of 2017.

Kandi now bills itself as one of the world’s largest manufacturers of pure electric vehicles, Go-Kart vehicles and tricycle and utility vehicles for China and elsewhere around the globe.

ALSO READ: Top Gold Stocks to Buy for the Rest of 2014