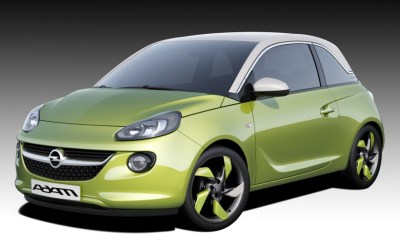 Source: courtesy of General Motors
General Motors Co.’s (NYSE: GM) efforts to turn around its European operations have suffered another blow. As sales of all cars of any brand in Europe moved higher by 1.4% in November to 953,886, sales of Opel (the new name from GM Europe), dropped 11.9% to 62,908, according to the ACEA. GM has fallen to sixth place in Europe, as measured by market share at 6.6%. Even BMW sales bested the largest U.S. car manufacturer last month.

The GM numbers not only represent its sales struggle. These sales figures are a direct argument against GM’s forecast that it will make money in Europe by 2016. GM has lost money in Europe for over a decade. The car company’s management said cost cuts will be critical to the improvement.

However, cost cuts are not easy at all. Europe has powerful car worker unions, and several countries have taken the aggressive position that auto manufacturers cannot simply close plants and lay off workers.

GM may want to restructure in Europe because auto workers in nations such as Germany and France are more powerful than in the United States, according to Bloomberg. But there is another reason GM cannot restructure entirely, if it means broad factory closures and layoffs, eventually. GM cannot allow its market share in Europe to drop so low that it no longer has meaningful sales there. That would break with the strategy of major global manufacturers that believe sales in the United States, China and Europe are critical to the balance of revenue across the world’s major regions.

GM has two choices in Europe. One is to fight for market share via new products and investments. This will cause ongoing losses. The other is to effectively exit the region and give up on its multi-decade effort to be a force there.