The 20 Most Profitable Companies in the World 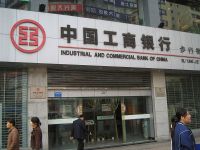 Source: Wikimedia Commons
With the recent release of the iPhone 6 and iPhone 6 Plus, Apple is again the focus of the financial world. Already in its opening weekend, Apple (NASDAQ: AAPL) sold 10 million iPhones, breaking its previous record.

With massive sales of cutting-edge, high-margin electronics, Apple is now the second most profitable company in the world. The only company with a higher profit is the Industrial and Commercial Bank of China. Based on data provided by FactSet on companies’ net income before discontinued operations and extraordinary items for their latest fiscal year, these are the world’s 20 most profitable companies.

Income from continuing operations — which excludes extraordinary and discontinued items from earnings — is an important indicator of the profitability of a company’s core business. By contrast, net income, the standard all-encompassing measure of profits, can include items that do not reflect underlying profitability of a business.

Click here to see the world’s 20 most profitable companies

For example, Vodafone (NYSE: VOD) had $17.7 billion in net income from continuing operations, making it the 18th most profitable company in the world. However, this did not include the sale of its 45% stake in Verizon Wireless to Verizon Communications. Had these figures been included, Vodafone would have been the most profitable company in the world.

Overall, six companies on this list are based in China. Each of these companies is majority-owned by the Chinese government. The two Russian companies among the 20 most profitable companies, Gazprom and Rosneft, are also majority state-owned.

Being majority-owned by the government can serve as either a drag on profitability or a boost. Perhaps nowhere is this more evident than with the big four Chinese banks. All four of these banks — Industrial and Commercial Bank of China, China Construction Bank, Agricultural Bank of China, and Bank of China — were among the eight most profitable companies in the world.

In order to determine the most profitable companies in the world, 24/7 Wall St. reviewed data on net Income before discontinued operations and extraordinary items, provided by FactSet. Data from FactSet is expressed in U.S. dollars, using the average annual exchange rate of local currencies against the dollar where applicable. However, different countries utilize different accounting standards, which can impact reported profits.

Information on company countries, industries and revenue is from S&P Capital IQ and is for the most recent fiscal year. Figures are translated by S&P Capital IQ using the effective exchange rate as of the end of each company’s fiscal year. Additionally, revenues cover only consolidated subsidiaries. Many large companies have unconsolidated affiliates and investments that meaningfully contribute to earnings.

We have also provided currency translations in certain cases. Where this is the case, we used the exchange rate at the end of a company’s fiscal year. Further, we also elected to remove Fannie Mae and Freddie Mac from consideration, since both entities are currently under the conservatorship of the Federal Housing Finance Agency. All profits earned by the firms go to the U.S. Treasury Department.

These are the 20 most profitable companies in the world.