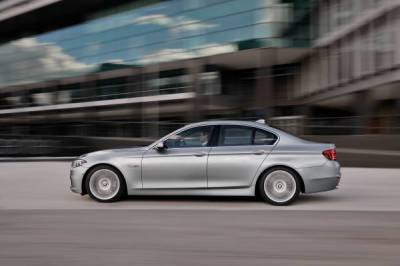 Source: BMW Group
Shares of BMW (Bayerische Motoren Werke) have risen almost 33% in the past 12 months. U.S. automakers’ stocks, by comparison, have added less than 10% to their share prices. The other major automaker that comes close to BMW is Daimler, makers of Mercedes-Benz, which has seen its stock price rise more than 26% in the past 12 months.

Both Ford Motor Co. (NYSE: F) and General Motors Co. (NYSE: GM) stocks have performed far less well. Ford stock is up 8.25% and GM stock is up just 4.3% over the past 12 months. It is worth noting that given GM’s massive number of recalls in 2014 it is something of a miracle that the stock is up at all.

One simple comparison that helps explain the difference in stock price among these companies is their profit margin. BMW’s profit margin is almost 7.5% and Daimler’s is nearly 6%. Ford’s is about 2.2% and GM’s is 1.9%, according to Macroaxis. Even though both Ford and GM sell more vehicles than either BMW or GM, Daimler’s market cap is the largest among these four and BMW’s is second largest.

What we might infer from this is that selling premium-priced cars is a pretty good business. Neither Ford, with its Lincoln brand, nor GM’s Cadillac brand poses any threat to either of the German carmakers.

Ford and its Chinese joint ventures sold 1.11 million vehicles in China in 2014. GM and its joint ventures in China sold more than 3.5 million. The big U.S. carmakers will continue to sell millions of low-priced and moderately priced vehicles, but both have lost virtually any hold at all on the luxury end of the market.