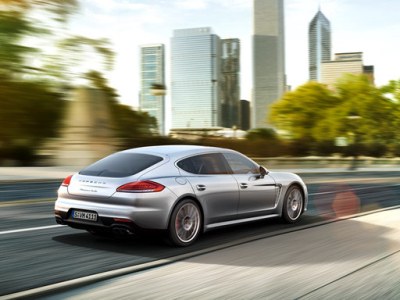 Source: Porsche Cars North America Inc.
The Porsche division of Volkswagen had a record-setting year in 2014. The sports car maker said on Friday that it delivered nearly 190,000 vehicles last year, a year-over-year increase of 17% in volume and a 20% increase in revenues. Operating profit rose more than 5%.

While Porsche’s total volume trails other luxury cars, like Mercedes-Benz, BMW and VW’s own Audi, by an order of magnitude, the sports car maker’s growth was faster and its margins are higher — 15.9% compared with around 9% for the other brands.

Porsche introduced its Macan compact crossover last year at a price point beginning at around $50,000, and the company’s chairman said Friday that the car is a “crucial cornerstone” for the company’s success. Porsche delivered 4,500 of the 2015 model-year cars last year.

The company may also be working on an all-electric model to complement its current stable of three hybrids: the 918 Spyder, the Cayenne S E-Hybrid and the Panamera S E-Hybrid. Porsche claims it is the only luxury car maker in the world to offer three plug-in models.

None of the luxury carmakers appears to be taking a foot off the accelerator. According to a report in The Wall Street Journal, the average marketing and advertising spend per car is about €6,000 compared with an average of around €1,500 per car at Ford or GM. An analyst at Bernstein Research noted that the luxury car makers are spending more on advertising than on steel to build the cars.