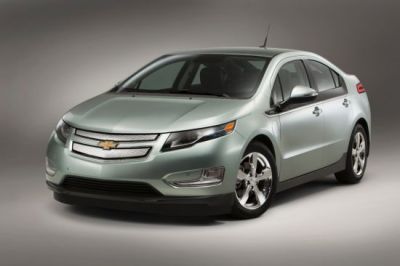 Source: courtesy of General Motors
Not all electric cars can be as successful as those from Tesla Motors Inc. (NASDAQ: TSLA). After years of trying, General Motors Co. (NYSE: GM) will make another run at the electric car market with a new Chevy Volt, which will have a base price of $33,995. That is $1,500 less than the previous generation.

One reason electric car consumers may be less than enthusiast about the new Volt is that it is not a fully electric vehicle. When its battery runs out, the Volt switches to a 1.5L SIDI high-efficiency engine that runs on regular gasoline.

GM’s efforts to sell the Volt go beyond a lowered price. The Volt is available with large incentives. These include 0% financing over 72 months for what Chevy calls “qualified buyers.” Under some circumstances, buyers can also get $1,500 “cash back.” These price packages show that GM does not have much confidence in the demand for a car that can also carry a federal tax credit as high as $7,500.

Whatever the outward signs of lack of confidence in the new Volt, management spoke optimistically:

“The next-generation Chevrolet Volt delivers more technology, the ability to drive further between gas fill-ups and now with even more value to our customers. It’s what our loyal Volt owners told us they wanted,” said Steve Majoros, director, Chevrolet Marketing. “We are confident we will continue to attract new customers to Volt with the vehicle’s product improvements and attractive price.”

Is that enough new technology to allow Volt to pick up market share in what has become a crowded market? Ford Motor Co. (NYSE: F) offers a plug-in version of the Fusion. Toyota Motor Corp. (NYSE: TM) has the electric version of the Prius. All these cars have tiny electric engines. Recently, BMW has entered the market with its heavily promoted i3.

Chevy’s problem is that the new Volt has nothing to distinguish itself, and a lower price will not change that.