Why Is the Nissan Versa the Cheapest Car in America? 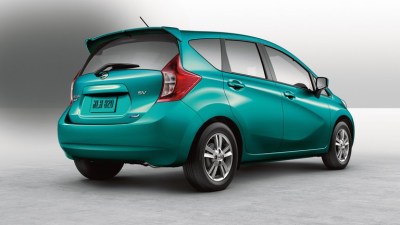 Source: Nissan USA
24/7 Wall St. did an analysis of the “10 Cheapest Cars In America”. While many of the world’s largest car companies have vehicles on the list, the Nissan Vera, made by one of Japan’s largest manufacturers, was first.

At just $11,742, the Nissan Versa is the least expensive car in today’s market. Like most of the cars in this category, the Versa is classified as compact by the EPA. The Versa underwent a full redesign in 2012, in part to improve fuel economy. An economy car, the Versa ranks slightly below average in J.D. Power and Associates’s studies of comfort, style, performance and design. A manual-transmission Versa has an EPA estimated fuel economy of 36 miles per gallon on the highway and 27 miles per gallon in the city. It is one of the top-selling cars in the U.S.

Through the first nine months of the year, Nissan sold 109,832 of these cars. According to The Wall Street Journal, the Versa was the 19th best selling vehicle in America last month, with sales up 46.9% to 18,053.

READ MORE: The 10 Most Expensive Cars In America

Based on vehicle valuation site Kelley Blue Book’s (KBB) estimate of fair purchase price, which determines what buyers should be paying for a car considering actual sales as well as supply and demand, 24/7 Wall St. reviewed the 10 cheapest cars available to purchase in the U.S.

The class, or size, of the vehicle, is usually a clear determinant for the purchase price. While there will be variations based on features and brand pedigree, large SUVs, for example, will generally be more expensive than mid-size sedans. For this reason, the cheapest vehicles are all compact or subcompact cars.

In an interview with 24/7 Wall St., KBB analyst Tim Fleming agreed that “vehicles on this list are on the very, very small end of the spectrum.” He noted that two of these — the smart fortwo and the Scion iQ — “are the smallest models by size on the U.S. market right now.”

Even in a period when gas prices have dropped near $2 and car financing deals carry low percentage loan fees, Americans are looking for bargains