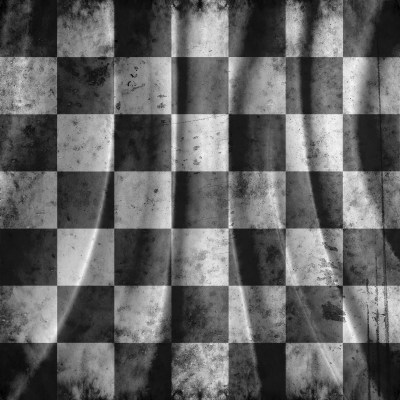 Source: Thinkstock
U.S. auto sales appear to be having a record year. With auto buyers encouraged by dealer discounts, inexpensive credit, and depressed gas prices, car and light-duty truck sales in September were up by 15.8% compared to the same month last year.

While cheap fuel has led to a significant rise in SUV sales, many Americans are still looking to buy entry-level vehicles. The average purchase price of a vehicle was $33,730 in September, but there are several vehicles available for sale in the U.S. market for less than half this value, including the Nissan Versa, which can be purchased for $11,742. Of course, at the other end of the spectrum, there will always be the ultra-luxury vehicles such as the McLaren P1, valued at more than $1.1 million.

Click here to see the most expensive cars in America

Click here to see the least expensive cars in America

Based on vehicle valuation site Kelley Blue Book’s (KBB) estimate of fair purchase price, which determines what buyers should be paying for a car considering actual transactions as well as supply and demand, 24/7 Wall St. reviewed the 50 cheapest and the 50 most expensive cars available to purchase in the U.S. market.

The class, or size, of the vehicle, is usually the main determining factor of a non-luxury vehicle’s price. While there are differences based on features and brand pedigree, large SUVs will generally be more expensive than mid-size sedans. For this reason, the cheapest vehicles are all compact or subcompact cars.

In an interview with 24/7 Wall St., KBB analyst Tim Fleming agreed. “Vehicles on this list are on the very, very small end of the spectrum.” He noted that two of these — the smart fortwo and the Scion iQ — “are the smallest models by size on the U.S. market right now.”

For high-end vehicles, however, prices are not determined by size. Kelley Blue Book senior analyst Karl Brauer explained that exclusivity is often what drives up the prices of the most expensive cars. “If it is an extremely limited vehicle and it has an extremely high price, that will draw the interest of people who are looking for limited-edition vehicles that hardly anyone can get. It sounds a little circular, but that’s really what happens.”

These expensive vehicles are indeed among the rarest of models in the world. Less than 5,000 units in global production could be considered a limited run, Brauer explained. In the case of the 918 Spyder, which has a price tag of nearly $930,000, Porsche manufactured only 918 such vehicles. McLaren offered a total global production of just 375 P1s.

If a particular model is in low demand, dealers are more likely to lower its price. As American car buyers have gravitated towards large SUVs, some of these inexpensive smaller cars appear to be suffering from particularly low demand. While U.S. car sales are up by more than 5% so far in 2015 over the same period last year, sales of six of the 10 cheapest models are down over the same period. Sales of three of these are down by more than 30%.

While low demand may be a factor in the low prices of these vehicles, Fleming cautioned that demand is likely not as significant a driver as it would be with other car types. “One thing we tend to see is that even on the smaller, cheaper cars, they’re already priced so low that we don’t really see dealers giving huge discounts on them, because they can’t go much lower.”

The most expensive vehicles are also not expected to be sold at much of a discount, largely because there is a limited number of these vehicles available. “People at this level of car buying, they’re not looking for a fair purchase price, they’re just looking to buy the car,” Brauer said. “Typically they just pay MSRP and don’t give it a second though. Sometimes they pay over.”

To identify the 50 cheapest and 50 most expensive vehicles for sale in the U.S. market, 24/7 Wall St. reviewed Kelley Blue Book’s current fair purchase price, which is the site’s estimate of how much an autobuyer should expect to pay for a vehicle based on existing purchase data. In addition, we considered monthly and year-to-date car sales data through September. Model specifications, including fuel efficiency, were obtained from dealer websites.