The 10 Most Expensive Cars in America 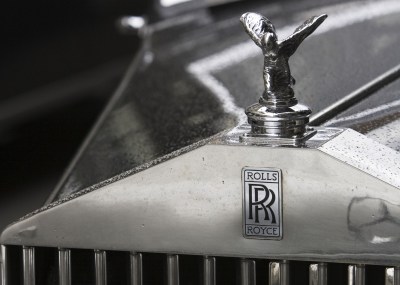 Source: Thinkstock
The ultra-luxury automobile is one of the most conspicuous status symbols. There is no better way for America’s wealthy to flaunt their riches or to feel exclusive than to buy a $300,000 Ferrari or a nearly half-a-million dollar Rolls-Royce.

Many manufacturers offer high-end luxury and performance vehicles, but only a few have the brand name that commands price tags in the hundreds of thousands of dollars or more. The most expensive vehicle selling in the U.S. market is the McLaren P1, which has a price tag of $1,155,000. Based on Kelley Blue Book’s listing of estimated prices for current model vehicles, these are the most expensive cars sold on the U.S. market.

In an interview with 24/7 Wall St., Kelley Blue Book senior analyst Karl Brauer explained that exclusivity is often what drives up the prices of the most expensive cars. “If it is an extremely limited vehicle and it has an extremely high price, that will draw the interest of people who are looking for limited-edition vehicles that hardly anyone can get. It sounds a little circular, but that’s really what happens.”

Click here to see the most expensive cars in America.

These vehicles are indeed among the rarest models in the world. Brauer noted that less than 5,000 units in global production could be considered a limited run. In the case of the 918 Spyder, which has a price tag of nearly $930,000, Porsche issued only 918 copies of the car. McLaren offered a total global production of just 375 P1s.

While dealers of more commonly sold cars will often sell vehicles at a discount to encourage buyers, the ultra-luxury models are in such demand that discounts are off the table. “People at this level of car buying, they’re not looking for a fair purchase price, they’re just looking to buy the car,” Brauer said. “Typically they just pay MSRP and don’t give it a second thought.”

While rarity is clearly an important factor, Brauer cautioned that performance, brand, and material construction also drive up the price of these vehicles. “Those [factors] certainly contribute to the feeling of uniqueness and helping to justify the MSRP that is being asked.” For example, personalization of the car, custom built features and hand-made manufacturing all drive up the costs and allow for astronomical price tags. “It may not be 100%, but all of them, for instance, have hand-made interiors,” Brauer said.

These ultra-luxury models can be separated into two categories — performance and luxury vehicles. Cars such as the McLaren P1, the Lamborghini Aventador, and the Ferrari F12berlinetta are built for speed and handling, meant to mimic the style of racing vehicles.

Others, including the three Rolls-Royce models to make this list — the Phantom, Ghost, and Wraith — are designed to invoke class and style. “The Phantom and the Ghost and Wraith and the Bentley Mulsanne are not slow cars with limited power by any means, they’re extremely powerful, and for their size and weight, they are shockingly quick,” Brauer said. “But they are not by nature performance vehicles like the other cars on the list. They are luxury vehicles.”

To identify the 10 most expensive American cars, 24/7 Wall St. reviewed Kelley Blue Book’s current fair purchase price, which is the site’s estimate for how much an autobuyer should expect to pay for a vehicle based on existing purchase data. We considered only 2015 models that were sold in the United States. In addition, we considered model specifications, which were obtained from manufacturer websites.

These are the most expensive cars in America.