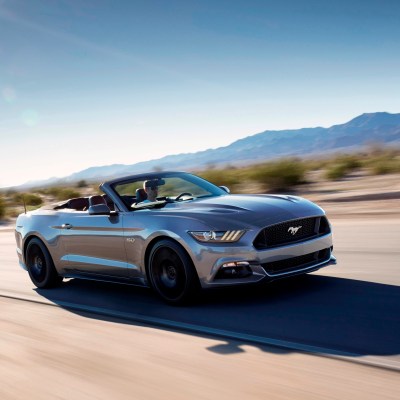 Source: courtesy of Ford Motor Co.
October will be another banner month for car sales. Kelley Blue Book expects the overall industry to post a gain of 11.9% to 1,430,000 cars and light trucks. Ford Motor Co. (NYSE: F) sales are forecast to rise 16.6% to 219,000, which will lead the industry. Ford’s flagship F-150 will finally be a major contributor to sales growth. It is the largest selling vehicle in the United States and represents about a fifth of Ford’s total sales.

As auto sales march toward a record year, Ford will widen the distance between itself and Toyota Motor Corp. (NYSE: TM), a perennial rival for the second spot in the United States. Toyota is expected to sell 198,000 vehicles, up 9.6% from October 2014. Both will run well behind leader General Motors Co. (NYSE: GM), which is expected to post sales of 250,000, up 10.2%. GM’s share of the market is about 18%. The smallest of America’s Big Three, Fiat Chrysler Automobiles N.V. (NYSE; FCAU), is expected to sell 191,000, up 12.0%. While Ford has moved ahead of Toyota in sales, Chrysler is in a position to pass it.

Despite its horrible TDI fraud debacle, Volkswagen’s sales are expected to move up a tiny 1.8% to 50,000. The VW number is misleading, as its two luxury brands are what will keep its U.S. sales even in October:

“With most brands experiencing growth this month, Volkswagen Group should report fairly even sales totals in the wake of their diesel emissions issue,” Alec Gutierrez, senior analyst for Kelley Blue Book. “Audi and Porsche will be driving the sales growth for the manufacturer, as the Volkswagen brand posts negative figures, largely due to the stop-sale of its diesel models, which previously made up nearly 20 percent of the brand’s sales volume.”

The most important story of October car sales is the re-emergence of Ford’s most important vehicle. If this sales momentum continues, Ford’s overall sales should remain strong for the final two months of 2015:

This month, expect continued growth from Ford Motor Company, with a 16.6 percent increase in new-car sales. The new F-150 is pushing the overall F-Series volume to new levels of growth this year, while the refreshed Explorer also is driving solid growth for Ford.

The U.S. car sales leader has begun to behave like a leader after several months of trouble, and the benefits for Ford already are showing.