The report is based on a survey of 3,776 customers who have purchased or leased a new car within the last six months to three years. It includes analysis and scores on the ACSI’s 100-point scale rating customer satisfaction with over 20 of the most popular automotive nameplates sold in the United States. The measured nameplates include:

“The rise of mass-market vehicles may well be at the expense of luxury brands in the sense that buyers now see little differentiation between luxury cars and regular ones,” says Claes Fornell, ACSI Chairman and founder. “If there is little difference, why pay more? Exclusivity may not be enough.” 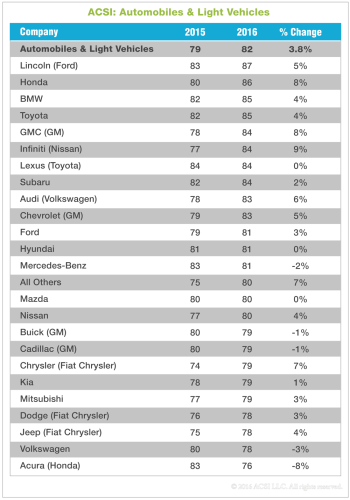