A Talk With THE Car Guy 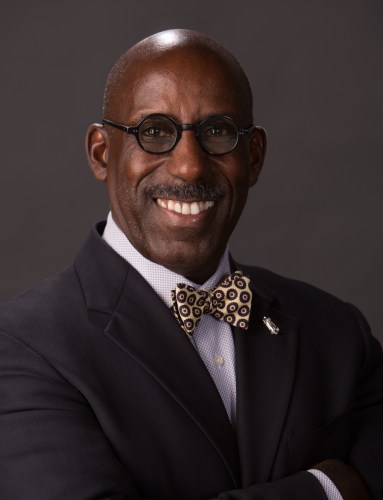 Source: Tom Gibson
The Audrain Automobile Museum really isn’t like any other museum. Based in Newport, Rhode Island, a playground of the rich for over a century, it is committed to preserving and sharing automotive history. Presiding over this is the ultimate car guy. Donald Osborne, the museum’s CEO, is a member of the Accredited Senior Appraiser (ASA). He has appraised and bought cars for clients all over the world.

Osborne confronts the hurdle almost every museum chief has, in the world of COVID-19. People have not been able to visit the location in person, so Audrain Automobile Museum has had to go online. Osborne is a primary conduit to people interested in the portfolio of cars that have been exhibited at the museum about which he is an expert on a YouTube channel.

Recently, Osborne has posted a video about the Tucker, immortalized by the 1988 movie directed by Francis Ford Coppola, and starring Jeff Bridges. The 1948 Tucker Sedan was company founder Preston Tucker’s shot at becoming a mainstream car maker and he made 51 prototypes. The company barely stayed in business for a year. Osborne takes the viewer through details about the car, and its unique appeal. One would be hard pressed to find anyone else who could come even close to taking the viewer through a great car that has been largely forgotten.

Another of Osborne’s videos is about one of the most famous car failures in history, Ford’s Edsel. The vehicle, which debuted in 1958, was named after Henry Ford’s son. Historians say that Ford lost $250 million on the car. It had a very poor record for reliability. Is the Edsel a classic? Osborne says so, and goes on to explain why. As a footnote to history, Edsel, who was supposed to take over the company, died in 1943 at only 49.

These two cars that did not do well are only a tiny part of the Audrain Automobile Museum portfolio. Current exhibitions show cars that cannot be found anywhere else. These include the 1901 Winton Runabout, the 1925 Ford Model T Touring, and the 1937 Bentley 4¼-Litre Open Two-Seater by Carlton. Each is visually striking. Without Osborne, their place in automotive history would be lost entirely.

Audrain Automobile Museum’s future exhibits include another slate of well-known cars, which might have been lost in the sands of time, at least for the general public. From August until November, watch for the 1909 Isotta Fraschini FENC, and 1930 Duesenberg “Fred Frame” Special, which ran the 1931 Indy 500. In some cases, the total count of each of these cars still running is a grand total of one.

To a large extent, the museum, opened in 2014, is funded by ticket sales and membership dues. A membership is only $150 a year. The most important benefit is probably unlimited admission, which will be a special treat when the Audrain Automobile Museum reopens.

Until that day, Osborne told Barron’s, “We’re trying to get our story across to a wider audience. People stuck at home are looking for content online, and we can tell the history of the cars we’re showing, and why they’re rare and valuable.”