The Net Worth Of The American Presidents: Washington To Obama 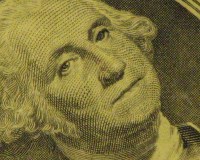 George Washington, the nation’s first president, was also one of the wealthiest men to hold the office. His Virginia plantation, Mount Vernon, consisted of five separate farms on 8,000 acres of prime farmland. As president, Washington earned significantly more than his successors — his salary was 2% of the total 1789 U.S. budget.

Read the Net Worth of the American Presidents.

Our 16th president, Abraham Lincoln, was not one of America’s wealthiest — and any opportunity to earn money after his term in office was cut short. He was born in a log cabin and served as an attorney for 17 years before becoming president. He owned a single-family home in Springfield, Illinois.

Editor’s Note: This article was first published on May 17, 2010. The net worth of any of the presidents on this list who are no longer living cannot change, except as measured by inflation. We have examined the net worth for the presidents who are still earning a significant income. Presidents Obama, George W. Bush and Clinton have made millions from book royalties and speaking fees. While Presidents Carter and George H. W. Bush amassed large fortunes throughout their lives, their net worth does not appear to have changed in recent years.

24/7 Wall St. examined the finances of all 43 presidents. For comparison purposes, we provided net worth figures for each president in 2010 dollars. Because a number of presidents, particularly in the early 19th century, made and lost huge fortunes in a matter of a few years, we only provided each president’s net worth at its peak.

In the case of each president we have taken into account hard assets such as land, estimated lifetime savings based on work history, inheritance, homes, and money paid for services, including such diverse incomes as salary as collector of customs at the Port of New York to Fortune 500 board memberships. We have also taken into account royalties on books, along with ownership of companies and yields from family estates.

The net worth of the presidents varies widely. George Washington was worth over half a billion in today’s dollars, while several presidents went bankrupt.

The fortunes of American presidents are tied to the economy of their times. For the first 75 years after Washington’s election, presidents generally made money on land, crops, and commodity speculation. A president who owned hundreds or thousands of acres could lose most or all of his property after a few years of poor crop yields. Wealthy Americans occasionally lost all of their money through land speculation — leveraging the value of one piece of land to buy additional property. Since there was no reliable national banking system and almost no liquidity in the value of private companies, land was the asset likely to provide the greatest yield, if the property yielded enough to support the costs of operating the farm or plantation.

Because there was no central banking system and no commodities regulatory framework, markets were subject to panics.

The Panic of 1819 was caused by the deep indebtedness of the federal government and a rapid drop in the price of cotton. The immature banking system was forced to foreclose many farms. The value of the foreclosed properties was often low because land without a landowners meant land without crop yields.

Poor wheat crops, a drop in cotton prices, and a collapsing land bubble created by speculation triggered the Panic of 1837. The crisis caused a multi-year period of deflation and depression. The sharp fluctuations in the fortunes of the first 14 presidents were the result of these economic times.

Beginning with Millard Fillmore in 1850, most presidents were lawyers who spent years in public service. They rarely amassed large fortunes, and their salaries were most often their main source of income. From Fillmore to Garfield, these American presidents were distinctly middle class. They often retired without the money to support themselves in a fashion anywhere close to the one they were accustomed to as presidents. Buchanan, Lincoln, Johnson, Grant, Hayes, and Garfield had almost no net worth at all.

The rise of inherited wealth in the early 20th century contributed to the fortunes of many presidents, including Theodore Roosevelt, Franklin D. Roosevelt, John F. Kennedy, and both of the Bushes. The other significant change to the economy was the advent of large professionally organized corporations. These corporations produced much of the oil, mining, financial, and railroad fortunes amassed at the end of the 19th century and the beginning of the 20th. The Kennedys were wealthy because of the financial empire built by Joseph Kennedy. Herbert Hoover made millions of dollars as the owner of mining companies.

The stigma of making money from being a retired president also began to disappear. Calvin Coolidge earned a large income from his newspaper column. Gerald Ford, who had almost no money when he was a congressman made a small fortune from serving on the boards of large companies. Clinton made millions of dollars from writing his autobiography.

24/7 Wall St. analyzed the finances of the presidents based on historical sources. Most media evaluations provided a range of the net worth of presidents, where the highest figure was often several times the lowest estimate. Most sources offered no hard figures at all. Additionally, many of these efforts have focused on the analysis of recent commanders-in-chief executives. That is because it is much easier to calculate figures in a world where assets and incomes are a matter of public record.

One of the most important conclusions of this analysis is that the presidency has little to do with wealth. Several presidents had huge net worths before taking office. Many lost most of their fortunes after leaving office. Some never had any money at all.

The following is the net worth of all forty-three presidents.