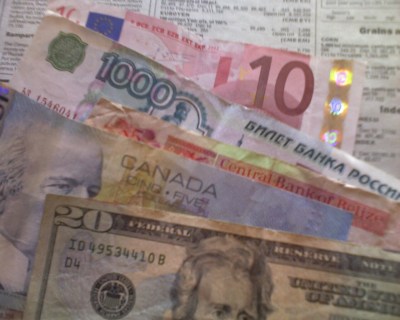 There has been an interesting trend of late that might lead investors to wonder if they should be involved in or not.  Dollar stores and discounters seem to be in the middle of an economic magic moment.  M&A is also sweeping the sector.

99 Cents Only Stores (NYSE: NDN) saw shares urge on Friday after receiving a $1.3 billion takeover from the founding Schiffer/Gold family and private equity firm Leonard Green & Partners.  The terms came to $19.09, but this represented only 14% premium from the close on Thursday.  Law firms have not yet sued to halt the merger or demand more from the merger, but there have been at least two investigative notices sent by law firms regarding the takeover.  The good news is that shares are now up at about 6 or 7 year highs.  The bad news is that 99 Cents Only shares were above $30.00 back in 2003.

Where this gets interesting is elsewhere in dollar stores and discounting stores.  Family Dollar Stores Inc. (NYSE: FDO) just release results this morning showing a 5.1% gain in comparable store sales.  The company also recently told Nelson Peltz to go take a hike with his $55 to $60 per share “interest in an offer” recently.  Now comes word that Trian is reiterating its interest in acquiring the company.

What about elsewhere?  Big Lots, Inc. (NYSE: BIG) is considered a close-out retailer and is not technically a dollar store.  It does serve much of the same consumer though, via the rise of the trade-down economy.  The company has considered strategic alternatives and is considered a buyout target.  It will boil down to price.

KKR took Dollar General (NYSE: DG) private in 2007 and it came back to the public markets in an IPO in late-2009.  Dollar General is now one of our stocks to own for the next decade as a result of the secular trends being seen here.

Technically, this just leaves Dollar Tree, Inc. (NASDAQ: DLTR) as the last man standing in the world of M&A in dollar stores.  It remains independent and has not been involved in any recent buyout rumors of late.

When you consider these dollar stores and discounters, there is a new way to evaluate them.  They are not just for poor people.  The group is in many ways the new Wal-Mart Stores Inc. (NYSE: WMT).  The group will ultimately run out of favor or level off as you see with all industries.  That just still seems quite a ways off.  The trade-down economy sure seems to be a secular trend even though the economy and stock market has recovered so much from the lows.

Even if you don’t shop at dollar stores you can at least still have some entertainment asking the cashier how much each item costs. ‘The New Normal’ is a phrase that sort of died out after the market recovered so much but the underlying trend and underlying thesis remains.  Dollar store chains and discounting chains are sitting in the sweet spot right now.  If these trends are going to be in place for some time, dollar stores and discounters will remain in the spotlight for private equity investors.