Beyond Citadel, There Is Long-Term Value in E*Trade 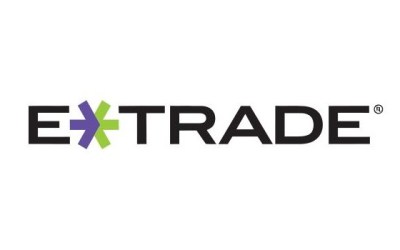 Source: Wikimedia Commons
It is probably of little comfort to existing shareholders that Citadel Investment Group is selling its remaining stake in E*Trade Financial Corp. (NASDAQ: ETFC). The near 10% stake will pressure shares for the short term as you might imagine. That being said, this should be good news ahead for E*Trade’s longer-term prospects.

We are mostly evaluating E*Trade now for new investors who want to evaluate the online brokerage firm on a standalone basis. E*Trade will finally be free to govern itself much more independently if Ken Griffin is not the chief puppet-master. This is of course not an insult to Mr. Griffin, particularly considering that he did save E*Trade at the eleventh hour from the gallows.

You should now no longer expect that any bidder will magically appear with Citadel out of the way. That would be silly. Still, on a long-term basis, E*Trade will now more or less be free to make its own decisions, so long as it does not violate covenants or other existing financial restriction. The company has peeled off more of its old loan portfolio, but this is still the main drag for would-be buyers. Remember the “Take your mortgage with you” gimmick? That and other crazy loans hurt the company, and it is still perceived by some investors as a probable black hole on the balance sheet.

We saw reports that its loan portfolio is down another $3 billion year to date and is said to be down close to 70% from its peak and just over $10 billion. The delinquencies are still lower as well. What is hard to do here is to trust the numbers because the pain was so sharp. It almost imploded E*Trade, and Ken Griffin kept that from happening.

Citadel’s stake is 27,394,448 shares. We will not say that Citadel won’t maintain any influence due to trading relationships. Still, E*Trade’s relatively new management team will be freed up here.

E*Trade has about 2.9 million brokerage accounts now. There is value there, with a $3.2 billion market cap. E*Trade shares are down 5.8% at $11.13 on the news, against a 52-week range of $7.08 to $11.82. The company’s strategic review reportedly was not handled well, and the previous “go shop” effort was not really an active one. That being said, maybe toward the end of 2013 or next year things will be clean enough that a buyer might have an interest. As a reminder, it does not just have to be another online broker that is interested. Companies like Capital One Financial Corp. (NYSE: COF) and many other middle-market banks, brokers and trading firms might be interested, after the books are given the “all clear” sign.

The question to ask after it is entirely clean is what price E*Trade will be worth all on its own. Interest rates might be higher by then, and these firms can start making money off client deposits too. E*Trade’s value might still be much higher down the road than today’s value.