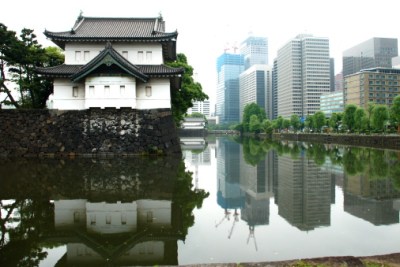 Source: Thinkstock
Since the beginning of the year, the Japanese yen has fallen from around 86 to the dollar to around 100. The rapid depreciation is down to a massive easing program instituted by the country’s recently elected Prime Minister Shinzo Abe, and if the Nikkei is any guide, “Abenomics” is having the intended effect. The Nikkei is up 44% in the past six months.

But there are cautionary voices, one of which belongs to UBS Wealth Management’s chief investment officer Alex Friedman, who had this to say on CNBC’s Asia Squawk Box this morning:

It’s possible we could see a stagflation scenario, where you see inflation in asset prices but no real growth. The ultimate story is you need a hand off to real growth — in Japan there’s a real question of whether that’s possible.

Friedman’s big fear is that investors will flee Japanese government bonds (JGB) and put their money into equities that may or may not be accurately valued. Friedman’s view is that without “real growth” the country faces “Abegeddon” — soaring inflation, asset price bubbles and collapsing JGB prices.

There are plenty of economists who believe that inflation is a feature of Abenomics, not a bug. When a central bank commits to acting irresponsibly and allowing inflation to rise, people see little gain to saving, so they spend more. By spending more they juice up the economy and what Friedman calls “real growth” kicks in. Guarding against asset bubbles and falling bond prices is not all that difficult either, but the steps are surely unconventional.

Predictions of doom have followed every unconventional central bank policy since the U.S. Fed began its quantitative easing program. None of those predictions has proved out. And that is why it is best to take forecasts of skyrocketing inflation and Abegeddon with a large grain of salt.