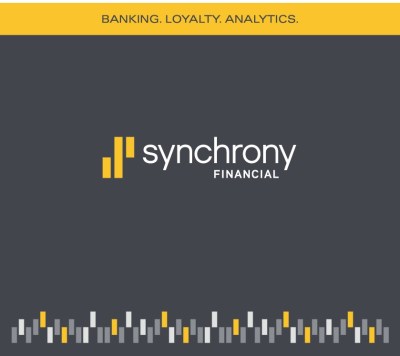 Source: General Electric Co. and Synchrony Financial
When General Electric Co. (NYSE: GE) reported second-quarter earnings Friday morning, the company said that it hoped to get the spin-off of its North American consumer-finance business completed in an initial public offering (IPO) by the end of July. In a filing with the U.S. Securities and Exchange Commission (SEC) Friday morning, the company provided details on the planned IPO.

GE plans to offer 125 million shares in the spin-off of Synchrony Financial at an IPO price of $23 to $26. The IPO represents a stake of 15% in the company and is expected to raise $2.6 billion in gross proceeds, valuing the new company at around $20 billion. Joint book-running managers are Goldman Sachs & Co., J.P. Morgan, Citigroup, Morgan Stanley, Barclays, Bank of America Merrill Lynch, Credit Suisse and Deutsche Bank Securities. The underwriters have an option on an additional 18.75 million shares. Synchrony’s stock will trade on the New York Stock Exchange under the ticker symbol SYF.

The IPO is part of CEO Jeff Immelt’s strategy to return the company to its industrial roots and minimize its long dependence on financial profits. The focus of Immelt’s strategy is on big industrial products like jet engines, locomotives and turbines. GE agreed recently to pay $17 billion for the power and grid business of France’s Alstom to further Immelt’s strategy. If the deal is concluded, it will be the largest acquisition in GE’s history.

Along with growing its big industrial products business, GE is also looking to dump its appliances business. GE tried to sell the low-margin business before the financial crisis of 2008 and 2009, but the crisis sent potential buyers scurrying for cover. The appliance business accounted for just 2% of GE’s total operating profit in 2013 and just 6% of total revenues.