Banks and States With the Most Branch Closings: The Rise of Mobile Banking 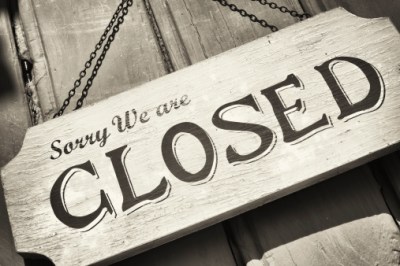 Source: Thinkstock
It is no secret that the banking industry is seeing major changes in how the companies operate. After years of retail presence expansion, that trend has been unwinding as banks see how ever more mobile banking usage by consumers is allowing them to chop down on the number of bank branches they operate. If banks are not closing the number of locations, they almost certainly are dropping the number of ways into the banks and the services inside those banks — that means fewer drive-through locations and far fewer bank tellers.

A report from SNL Financial at the end of April showed that a net 332 bank branches were closed during the first quarter alone. The reason? Mobile banking. SNL Financial showed that there was a net loss of some 1,441 in net banking branches in the trailing 12 months. From April 1, 2014, through March 31, 2015, the number of bank and thrift openings was 1,023 branches — but some 2,464 branches were closed during the same period (totals exclude credit unions).

After having seen Bank of America Corp. (NYSE: BAC) drop many of its tellers and full-service drive-through operations in Houston, many banks are making the same adjustments: shrinking the number of their retail locations or their services personnel. Bank of America has been the top dog when it comes to total branch closures over the past year, but ranked as number 10 in quarterly closures, with 13 net closures in first quarter. The bank still had some 4,886 branches, but that was down 151 on a net basis from a year earlier.

ALSO READ: Why One Top Bank Downgraded Bank of America

PNC Financial Services Group Inc. (NYSE: PNC) was the bank closing the most branches in the first quarter, with 38 net closings. PNC had 55 net branch closures in the trailing 12 months. The company showed with its most recent earnings that about 50% of consumers used nonteller channels for the majority of their transactions during the first quarter of 2015, which compares to 49% in the previous quarter and 43% a year ago. PNC’s noninterest expenses decreased quarter over quarter, in part due to lower branch occupancy costs as it converted 127 branches to smaller and more automated formats.

Regions Financial Corp. (NYSE: RF) was second in the number of branch closures, down 32 net branches to end the first quarter with 1,637. That puts the net store locations down 43 from the prior year.

JPMorgan Chase & Co. (NYSE: JPM) was third in the line of quarterly closures, as it shut down 31 branches on a net basis in the first quarter of 2015. It had 5,616 retail locations at the end of the first quarter, down 65 net branches from a year ago. Jamie Dimon and his team have said that they plan to close 300 branches by the end of 2016. The bank said during the first quarter that expenses in the company’s consumer and business banking segment fell by 3% from a year earlier, due to branch efficiency improvements. Hint: Do you think that means and will mean fewer tellers ahead?

BOK Financial Corp. (NASDAQ: BOKF) was shown to have closed 28 net branches in the first quarter of 2015, which SNL showed as being part of its plan to discontinue in-store branching strategy. The late-2014 indication from BOK Financial was that the consumer trends are leaning more toward use of digital banking for everyday transactions.