Why Bank of America Shares Were Downgraded 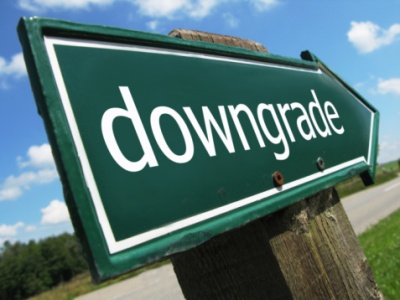 What was interesting to see was BMO has a new hierarchy to its money center bank coverage. Also, its target remains just under the consensus price target of other analysts on Wall Street. Bank of America shares were lower after the call, but not really anything out of the ordinary compared to its peers, which were mentioned below in this analyst report.

Our proprietary monitors of system-wide credit (benign trend) and capital (more than adequate) continue to point to “Value vs. Growth” as the best analysis to generate investment ideas within the North American financials sector. Within this framework, Bank of America’s relative position was affected negatively by slower-than-expected capital development …

ALSO READ: Banks and States With the Most Branch Closings: The Rise of Mobile Banking

BMO’s new hierarchy among the money center banks is now listed in order of preference, as follows:

Also on Bank of America and JPMorgan, the BMO report said:

Our forecasts for capital growth at Bank of America have been affected negatively by the higher than anticipated impact of measuring risk-weighted using the advanced methodology under Basel 3; the company has guided for a 100 basis points subsequent negative impact to its Basel 3 common equity tier 1 ratio (fully-phased, advanced). Bank of America’s higher capital deficiency (relative to our 11.5% threshold) versus previous estimates affects our view of capital-adjusted value and growth.

In contrast, we were pleasantly surprised by the recent 1Q15 demonstration of capital growth at JP Morgan Chase, driven by a greater-than-expected decline (of -3% sequentially) in risk- weighted assets.