Why Ocwen May Have an Unsustainable Plan 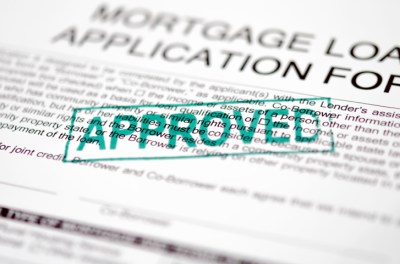 Source: Thinkstock
Ocwen Financial Corp. (NYSE: OCN) is still fighting an uphill battle financially from the backdated foreclosure letters in 2014. The company still has not made a full recovery and shares are in fact still down 66% on the year and down 22% year to date. After Ocwen’s most recent earnings report, Merrill Lynch weighed in on the company and the result was not very positive.

As part of its second quarter earnings result released Thursday night, after the close, Ocwen announced a planned $150 million cost reduction strategy that falls well short of the savings necessary to be profitable over the foreseeable future, based on Merrill Lynch’s forecast.

The brokerage firm’s revised model suggests GAAP-EPS (earnings per share) losses over the next several quarters, driven by a combination of asset sales, run-off and elevated operational expenditures (OpEx). Merrill Lynch further believes that Ocwen is entering into a period of negative operating leverage that is not discounted into the stock, at the current valuation. The combination of measurably lower revenue and static costs signals a classic “value trap”, which the firm thinks will weigh further on Ocwen.

Ocwen reported second quarter GAAP EPS of $0.08 and operating cash-flow of $210 million. GAAP results were boosted by a $30 million gain from MSR sales and a $16 million reversal of a Ginnie Mae impairment charge taken in the first quarter of 2015. Adjusting for these and $15 million in strategic advisor expense, normalized loss per share at $0.12 compared to a normalized profit of $0.17 per share in the first quarter. So far this year, Ocwen has reported $57 million in gains from MSR sales and $44 million in net income, implying a net loss, absent the gains from MSR sales. In addition, the $150 million costs initiatives is unlikely to be large enough to make up for the $90 billion in asset sales that Ocwen undertook this year.

As a result, Merrill Lynch downgraded Ocwen to Underperform, as it thinks the dearth of earnings and lack of visible growth limit upside in the stock and lead to further depreciation. The firm is also reducing its price objective to $9, implying a 20%+ downside from Thursday’s close ($11.76).

Also the firm is lowering its EPS forecast to a loss of $0.29 and $0.16 for 2015 and 2016, respectively, from a profit of $0.75 and $1.24, reflecting an elevated cost structure. Previously Merrill Lynch had assumed Ocwen’s cost structure was more variable in its earlier estimate.

Ocwen is an independent mortgage servicer specializing in distressed servicing. We expect Ocwen’s lower earnings outlook and lack of visible growth will restrain upside in the stock. Heightened regulatory oversight and compliance costs will likely limit the earnings recovery thesis even as Ocwen right sizes its cost structure to match its smaller servicing book.

ALSO READ: 10 Cities Where Incomes Are Growing (and Shrinking) the Fastest