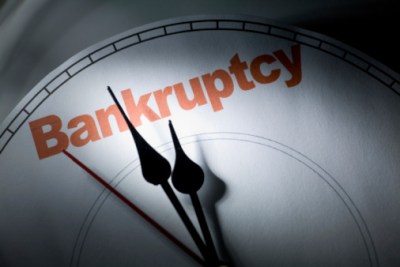 Source: Thinkstock
In the month of August, the institutional leveraged loan market experienced five defaults, the most since March of 2014. As bad as that is, it could get worse.

According to Fitch Ratings, considering the defaults to date and the potential for more to come in the next three months, the trailing twelve-month (TTM) default rate could climb to nearly 2%.

American Seafoods Group completed in August a recapitalization deal at a substantial discount with a private equity firm that was essentially a default. Wilton Holdings converted about $514 million of its unrated payment-in-kind notes into preferred equity. Other filings came from NYDJ Apparel LLC, Univita Health, and Alpha Natural Resources.

Fitch noted that a health care company, Millennium Laboratories, is working out a restructuring deal on $1.8 billion in outstanding leverage loans that could lead to a future filing, and Samson Resources’ bankruptcy filing in September following a debt restructuring in August.

The ratings firm has not forgotten about either Arch Coal Inc. (NYSE: ACI) or Peabody Energy Corp. (NYSE: BTU), saying that if Millennium, Arch and Peabody file for bankruptcy this year, the leveraged loan default rate will rise to 1.9% for the year.

And Fitch is not expecting the situation in the energy sector to improve any time soon:

Fitch believes the energy and metals/mining sectors will continue to struggle. As of Thursday, September 24, 39% of energy companies’ first and second lien loans are bid below 80 cents versus 31% one month ago. That discrepancy was larger among metals/mining companies, with 42% bidding below 80 cents, up from 27% a month earlier.