What to Expect From Bank of America Earnings 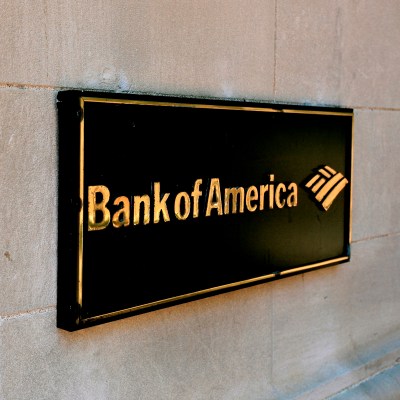 Source: Wikimedia Commons (Alex Proimos)
Bank of America Corp. (NYSE: BAC) is scheduled to report its third-quarter financial results before the markets open on Wednesday. The consensus estimates from Thomson Reuters call for $0.33 in earnings per share (EPS) on $20.77 billion in revenue. The same period from the previous year had a net loss of $0.04 per share on $21.43 billion in revenue.

This company has continued a methodical march back to financial health and is a true big money center bank liked by Jefferies. Bank of America is a ubiquitous presence in the United States, providing various banking and financial products and services for individual consumers, small and middle market businesses, institutional investors, corporations and governments in the United States and internationally.

Operating 5,100 banking centers, 16,300 ATMs, call centers and online and mobile banking platforms, the company continues to open new markets and expand share, which Jefferies feels the company excels in. The Merrill Lynch brokerage arm has continued to supply the bank with outstanding revenues and growth.

ALSO READ: Have the Biggest US Banks Really Been Nationalized Already?

A few analysts issued calls ahead of Bank of America’s earnings report: