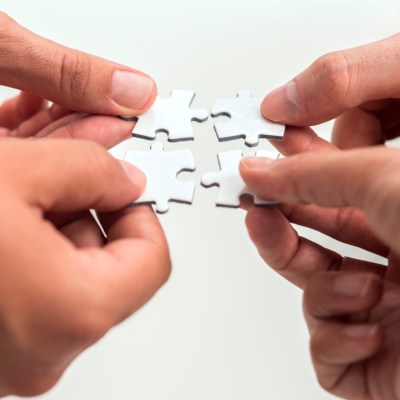 Source: Thinkstock
Sometimes companies get rewarded for making relatively large mergers. And sometimes they get slammed. In the case of Huntington Bancshares Inc. (NASDAQ: HBAN), this regional bank saw its shares slammed after announcing a planned acquisition of Ohio rival FirstMerit Corp. (NASDAQ: FMER) in a cash and stock merger that valued FirstMerit initially at $3.4 billion.

Some bank mergers are great for the acquirer. Huntington said that the pro forma company will have close to $100 billion in assets and that it will operate across an eight-state Midwestern footprint and become the largest bank in Ohio by the market share of deposits — and it gets Huntington to expand into Chicago and Wisconsin. So why was it that Huntington was slammed so hard on the news?

Huntington’s shares initially fell 8.5% to $8.05 on the news, but they went to as low as $7.83 for a new 52-week low. Will this interrupt some of the shareholder returns? Huntington said that the acquisition is projected to be accretive to earnings per share (EPS) in 2017 after merger expenses. It is also expected to be about 10% accretive to 2018 EPS.

The combined pro forma tangible capital equity to tangible assets (TCE ratio) is projected to be 7.1% at closing, and the regulatory common equity Tier 1 ratio is projected to be 8.7% at closing. Huntington did say that it will not re-submit its 2015 CCAR capital plan, and it intends to forgo the remaining $166 million of share repurchase capacity under its 2015 CCAR capital plan. Going one step further:

Huntington will include FirstMerit Corporation in its 2016 CCAR capital plan proposal and expects the plan will include share repurchases.

What may be an issue here is that some of the investing community might have hoped that Huntington Bancshares itself might be a takeover target ahead. That had been the case in the past, but that was before the Great Recession.

24/7 Wall St.
5 Dow Stocks Getting Slammed in 2016 Have Not Even Reported Earnings Yet

Some analysts think that this stock just became too cheap after the merger. It also turned out that Huntington Bancshares saw its own shares recover from the immediately lows.

Robert W. Baird thinks this is an opportunity, so it raised its rating to Outperform from Neutral. Baird also put a $12.00 price target out there. Baird thinks that Huntington is paying a full price, but thinks the sell-off was too much and this took it down to about eight times earnings or so when peers trade closer to 10 times earnings.