China Plans to Withhold More of Rare Earth Elements: US In Deep Trouble 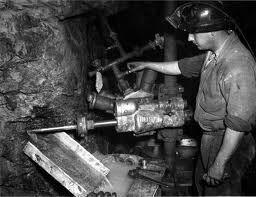 The international concern over China’s cut in exports of the rare earth elements, REEs, has just been ratcheted up a notch as a Chinese government official said that the country might trim another 30%  from already reduced REE export levels. China produces about 97% of the world’s supply of REEs, or about 120,000 tons in 2010, according to The Wall Street Journal. China has not made it clear if this is a policy agreed to by the central government

The New York Times is reporting that China has stopped shipments of some REEs bound for the US and Europe. The halt to US and European shipments is presumably a Chinese reaction to a US announcement that it would investigate whether China was violating international trade rules in the way it supports its clean-tech industries.

The only other countries currently producing REEs are India and South Africa, but a very small amount. Molycorp Inc. (NYSE:MCP) plans to re-open the Mountain Pass mine in California next year and plans production of 20,000 tons of REEs when the mine is fully operational in 2012. The mine was until the 1980s the world’s largest producer of REEs.
The 17 REEs, with names like yttrium, neodymium, ytterbium, and cerium, are used in a variety of high-tech products. Examples of products that use REEs include electric vehicles, compact fluorescent lighting, wind turbines, MP3 players, cell phones, disk drives, and a near endless list of national defense applications.

The Chinese government has said that it intends to retain the bulk of its REE production, and use the minerals to move up the value chain by manufacturing products using the REEs. One likely suspect is wind turbines, which use neodymium in the magnets of new direct-drive turbines.
Other REE mines could be opened or re-opened in Australia and Canada, but Molycorp’s mine is likely to be the first. There is even a potential mine site in Nebraska.

If China goes through with its plans to reduce exports of REEs even further, tensions between China and Japan and the US are sure to increase in inverse proportion.