3. Radio… a monopoly in satellites 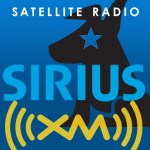 SIRIUS XM Radio Inc. (NASDAQ: SIRI) is a monopoly in satellite radio, yet it represents a tiny part of the radio business.  Radio was roughly $20 billion business a decade ago. A BIA/Kelsey report earlier this year forecasted that 2009 revenue was $13.7 billion and 2010 revenue would be about $13.9 billion.  SIRIUS XM is expected to have 2010 revenues of $2.83 billion and nearly $3.1 billion in 2011 revenues.

For all practical purposes, there is no competition for SIRIUS XM.  Howard Stern is still a wild card in the scenario, but the company is less dependent on the shock jock than it has been before.  Its new plug-in device is also a plus because it enables users to take SIRIUS XM with them in any car.  SIRIUS XM is expected to have more than 20 million subscribers at the end of 2010.

The threat by Pandora is an obvious one, but even if that service takes off SIRIUS XM is the king of its niche.  Advertising is close to nil, far from the case for terrestrial radio and Pandora.  There have been several attempts to compete in satellite radio, which have all been scrapped.  Launching satellites is not cheap and that creates further barriers to entry.  As part of the merger between SIRIUS and XM, the company agreed to lock in prices.  The end of that pact is nearing but SIRIUS has to avoid raising prices too quickly to avoid angering subscribers.

4. How much competition is there is water?

American Water Works Company, Inc. (NYSE: AWK) is by far the best water investment out there and is so solid that this was one our  Top 10 Stocks for the Next Decade.  Is the company a true monopoly in the United States?  No.  It does have a virtual monopoly is in its markets where it operates.  There is competition in many markets for electricity, but that is not the case for water.

The company is the largest public U.S. water and waste water utility.  It has 16 million customers in 35 states and two Canadian provinces.  Companies need the approval of regulators to hike rates.  Still, how many water utilities can exist in a single geographic location?

5. A near monopoly in credit scoring… 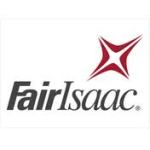 Fair Isaac Corp. (NYSE: FICO) is small enough to be considered a virtual monopoly in the credit reporting business  After all, it has a market capitalization of just under $1 billion.  There are other credit scoring services, but “FICO score” is to credit what the Dow Jones Industrial Average is to investors asking about “the stock market.”

Fair Issac is the developer of the industry-standard FICO score, which the company says “is used by the vast majority of lenders to make credit decisions.”  The revenue stream behind this monopoly is rather small.  The company is expected to have revenues of about $623 million in 2011.  In August 2009, FICO said that IDC data showed that the company dominated the category for the fourth year in a row with a 24.4% market share, which was more than three times as much as the nearest competitor.

Experian, TransUnion, and Equifax are the three major credit bureaus.  None have the impact of the FICO score.