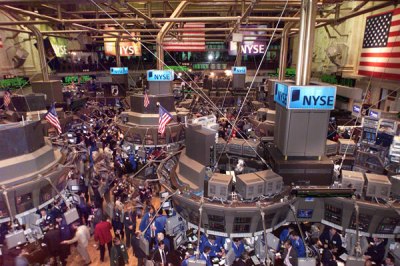 Picking stocks for a decade is no easy task.  It might as well be for a lifetime because there probably will be two more bear markets and two more bull markets between now and then.

Investors looking over that long a time horizon will need to analyze loads of data on everything from consumer spending to capital expenditures to potential changes in regulations. This list is not trying to pick the next 10-bagger.  In fact, many of these stocks for the next decade are not high growers. The intent here is to show winners which can offer the most upside for long-term investors over the next decade.

In the world of utilities, there is American Electric Power (NYSE: AEP) in electricity and American Water Works Company, Inc. (NYSE: AWK) as the best water company.  Almost a utility is garbage collection, highlighted by Republic Services Inc. (NYSE: RSG).  Cisco Systems, Inc. (NASDAQ: CSCO) is the sole tech for the next decade, and Dollar General Corporation (NYSE: DG) is the sole retailer.  In other stocks for the next decade, we have selected are Exxon Mobil Corp. (NYSE: XOM) in energy, Kimberly-Clark Corporation (NYSE: KMB) in consumer products, General Electric Co. (NYSE: GE) in conglomerates opportunities, Teva Pharmaceuticals Industries Ltd. (NASDAQ: TEVA)  in drugs, and The Walt Disney Company (NYSE: DIS) in media and entertainment.

There are some key takeaways here when you consider a one decade outlook.  The list has no food companies.  America’s battle of the bulge will come to a head over the next decade and many food producers may wind up losing.  Most technology companies didn’t make the cut because the flavor of a decade is not always the flavor of the next decade: Microsoft was the 1990’s and Apple was the 2000’s.  Many things can change from patent suits to interoperability issues. Consumers are also fickle.  No internet stocks were considered since business models in the sector often change.  Major pharmaceutical and biotech companies face significant challenges from D.C. and from patents and competition, and how well those are overcome remains to be seen.  Most retail and apparel companies did not make the cut because they are effectively new companies with new products two or three times a year.  Also missing is banking and finance, although GE may make up for that inside its conglomerate.  There are also many runner-ups that could have been considered for the list, and perhaps a runner-up list will follow soon.

All of these companies are highly established companies with solid histories and solid outlooks for secular trends.  None have business models which the new-normal or post-new-normal will act as a rapid move against the companies mentioned.

This list should be the novice investor’s watch list of go-to stocks to consider adding to their portfolios when a buying opportunity presents itself. The “buy and hold” strategy of yesteryear did not work in the previous decade and the idea for the decade ahead is to find a diversified portfolio of investments to protect yourself regardless of the market’s direction.

1. American Electric Power (NYSE: AEP) is one of the largest publicly held electric utilities in America.  The company provides power generation, transmission and distribution services to more than 5 million customers in nearly a dozen states.  It also has diverse sources of generation including coal,  natural gas, along with hydro, wind and solar.  The company is very dividend-friendly with years of rising payouts and close to a 5% yield.  We consider it among the safest dividends in the sector. AEP has promoted the “Defend My Dividend” campaign that’s fighting against potential tax increases at the end of the year.

2. American Water Works Company, Inc. (NYSE: AWK) is another defensive core holding for long-term investment portfolios and is our  best pure-play water stock pick.  It is “American again” after the RWE spin-off and is the largest public U.S. water and waste water utility with about 16 million customers in 35 states and two Canadian provinces.   American Water offers investors a near-monopoly in its local markets with opportunities for growth through acquisitions.  While cap-ex concerns may be there, there is plenty of room for water utilities to raise prices.  The 3.6% dividend yield will almost certainly grow over time.  The downside for opportunistic value investors is that it rarely goes on sale via stock price drops.