6. A move for rare earth elements, in the U.S…. a potential domestic monopoly

What is odd here is that its major facilities are not even in operation and that will not occur until the end of 2011.  The company’s IPO is one of the top performers of 2010, and it is already signing pacts with suppliers.  China’s recent move to limit its scarce resource exports has created an opportunity here.  Considering that defense and electronics firms need rare earth elements, it is crucial that the U.S. government secure domestic supplies for national security reasons.

The opportunity is huge, hence Molycorp’s $3 billion market capitalization.   Investors, however, have had to stomach many painful lessons when it comes to investing in emerging mining and minerals companies.  Fortunately, Molycorp’s Mountain Pass operation has proved reserves and those do not exactly get up and move away without the involvement of mining.

Is Molycorp’s opportunity in the billions of dollars?  Perhaps. We have found that many Canadian miners making many of the same claims and Rare Element Resources Ltd. (AMEX: REE) has some of the same opportunities.  It was the CEO’s claim at the IPO that threw light on a monopoly in the making.  You will not really know until 2012 if the company lived up to its potential or not. 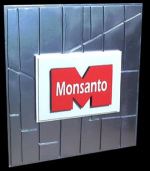 What about Monsanto Co. (NYSE: MON)?  Whether Monsanto ever qualified as a monopoly depends on who you ask.  Missteps have knocked down the giant, and DuPont (NYSE: DD) is a formidable competitor in seeds.  After having been valued at $140 per share, shares dipped to under $50 on concerns over SmartStax and Roundup Ready 2 before their recent recovery.

The New York Times pointed out last month that the Justice Department is investigating Monsanto for possible antitrust violations.  DuPont is also on the move.  Monsanto put its market share at 36% in 2009 and says it has remained flat this year.  DuPont puts its share of the soybean market at 31% after a seven point gain over the last two years, while Monsanto lost share and came in at 28% last year.

The world’s largest seed company produces around 90% of the world’s genetically engineered seeds.  Outsiders and smaller players are the ones that consider Monsanto to be a monopoly  Having the stock ticker “MON” had nothing to do with “Monopoly.”

The term monopoly has evolved through time.  Intel Corporation (NASDAQ: INTC) is often considered a monopoly, yet as gadgets shrink they are not as dependent on the company’s chips.  What about Google Inc. (NASDAQ: GOOG) having 70% or more in the share of domestic search?

Remember that one person’s monopoly is another person’s opportunity.