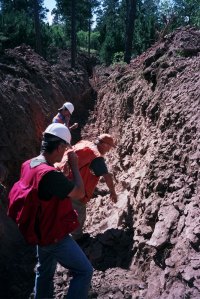 The current slump in prices for rare earth minerals despite a Chinese curb on exports could turn around in a couple of years if the Chinese succeed in developing their own downstream industries that use the minerals to manufacture value-added products. In fact, the country could become a net importer of rare earth minerals by 2014 according to a report today from Reuters.

China has claimed that its export restrictions are an attempt to repair the environmental damage caused by mining the rare earths, but the country also hopes to become the world’s largest consumer of the minerals instead of being simply the world’s largest producer. The implications of that strategic goal are positive for US-based rare earths miners like Molycorp Inc. (NYSE: MCP), Avalon Rare Metals Inc. (NYSEMKT: AVL), and Rare Element Resources Ltd. (NYSEMKT: REE).

When the demand is there [in China], that’s where the supply has to go. Over 80 percent of the magnets produced in the world come from China and that is growing just tremendously every year.

China is using its current control of the market for rare earths to buy time to build its manufacturing supply chain. Glass-making and polishing, once a large industry in the US, has moved almost entirely to China to take advantage of access to rare earth minerals used for coloring and polishing glass. Manufacturing of energy-saving light bulbs has also migrated to China.

Shares of US-traded rare earths miners are up about 1% today, with the exception of Avalon, and the Market Vectors Rare Earth/Strategic Metals ETF (NYSEMKT: REMX) is also up about 1%.