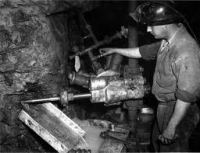 If you were told that gold miners were highly dependent on gold prices, you would probably respond immediately with a phrase that starts with “No” and ends with “Sherlock.” This is the case brought up by Standard & Poor’s today, but the report is actually not just focusing on the fact that gold miners are enjoying (and dependent on) high prices. The thesis is not even just that gold miners have been shielded so far by high gold prices against a very high extracting cost at a time of ambitious and costly cap-ex programs. The underlying threat is that the long-term profitability and credit ratings could head south for miners.

S&P’s report is titled “High Prices Mask a Difficult Future for Gold Miners.” The implication her is that S&P believes that gold miners could face pressure on their underlying credit ratings to the point that new projects are curtailed, investment is reduced, dividends could be cut and many operations could be shut down entirely.

Today’s report signals just some of the longer-term risks for the major miners and producers held in the Market Vectors Gold Miners ETF (NYSEMKT: GDX) and in the Market Vectors Junior Gold Miners ETF (NYSEMKT: GDXJ). S&P sees production increasing in the single-digits over the next two or three years, but it believes production will start to decline thereafter. New capacity is expected to offset decreasing reserves, but that will not last long. S&P sees the leading gold companies increasing their combined annual production of 27 million ounces by about 5.7 million ounces a year through 2016 but the increased supply may be enough to act as an overhang on prices.

A key quote here brings up questions of the bubble in demand. It noted:

Gold prices tend to be volatile and unpredictable. It is difficult to assume that demand from investors, which currently makes up 50% of total gold demand, will be sustainable over time. This is on top of the current record level of physical gold linked to exchange-traded funds.

S&P thinks that major gold miners have adequate financial flexibility to deal with low gold prices 12 to 18 months, but S&P said that the commodities boom has added 10% to 15% in production costs.

Out of the Denver Gold Forum 2012 this week there was something else that S&P did not go into as much detail about. New major gold discoveries are becoming harder and harder to find. Massive gold veins have been tapped and tapped, so many new projects are considered lower quality (or higher cost). There were some 168 gold companies presenting there this week.

There is some good news for the gold bugs, if you really take this report beyond its face value. As gold gets more difficult to find, that limits new supply and we know what happens in economic terms if supply becomes scarce. Also, if gold mines start to cut production due to lower prices, then that lower production might likely put in a floor or boost the price.

Today’s report from S&P may just be a harbinger of a self-fulfilling prophecy that supports high gold prices. Needless to say, that does not imply that gold mining outfits are assured to be profitable.