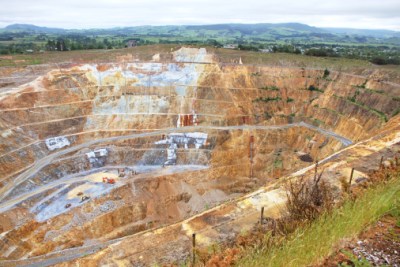 Source: Thinkstock
Gold on the COMEX settled above $1,225 an ounce on Thursday, its highest point since early March, but still around $100 an ounce below its 12-month high. The yellow metal traded around $1,223.60 at mid-morning on Friday. In the five trading sessions through Thursday’s close, gold has posted a gain of about 3%.

In the past week, all 12 gold mining companies with a market cap greater than $2 billion posted share price gains. The largest gain, 8.19%, was posted by Agnico Eagle Mines Ltd. (NYSE: AEM), which narrowly edged out Goldcorp Inc. (NYSE: GG) and its one-week gain of 8.17%. Only two of the 12 posted gains smaller than the week’s uptick in the price of gold.

Gold mining companies rarely rise more than the commodity itself, but when they do it often means that the outlook for both gold and gold miners is getting better. Is that what’s happening in this case?

In its first-quarter report on the gold market, the World Gold Council (WGC) said that mining supply would increase in the first half of 2015, but that in the second half production would be lower. There were a couple of encouraging signs for gold demand, however. The WGC noted that recycled gold supply is falling and the demand from exchange traded funds and other financial instruments rose in the first quarter for the first time in two years.

If, as the WGC suggested, demand and supply are in rough balance for 2015, then the price of gold and the costs of digging it out of the ground become the drivers of the mining companies’ profits and share prices

Looking at the top-performing gold mining stock of the year to date, we get some idea of what the miners need to do to win. Shares of Newmont Mining Corp. (NYSE: NEM) have gained around 44% so far in 2015, and the shares are up more than 11% since the second quarter began.

When Newmont reported first-quarter results in late April, gold production was flat with the same period a year ago, and the average realized price Newmont received was $90 per ounce lower than in the first quarter of 2014. The company posted per-share earnings of $0.46 on $2 billion in revenues. Revenues were lower than a year ago and a little above estimates. But earnings were double the estimate and nearly double the year-ago per-share earnings of $0.24.

The difference was down to a drop of nearly $200 an ounce in Newmont’s all-in sustaining costs. This is a huge year-over-year difference, and the largest among any of the big mining companies. The drop was primarily attributable to higher-grade ore at some mines and a favorable currency exchange rate for the company’s Australian operations. Low oil prices also helped.

For the rest of the year, Newmont forecast all-in sustaining costs in a range of $960 to $1,020 per ounce of gold. That is higher than first-quarter costs of $849, but the estimate is based on oil at $76 a barrel and an Australian exchange rate that is less favorable than the current rate.

In other words, there is a significant amount of potential upside for Newmont, and by extension, the other gold miners. That upside is not based primarily on production, but on the price of gold and on the costs associated with digging it out. Gold prices are not likely to go on an extended upward trend any time soon, so keeping an eye on costs may be the key to profits.