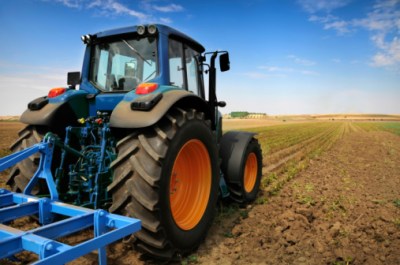 Source: thinkstock
If you are in America and were quizzed about the word “Uralkali,” you might guess it was in Russia, if you saw the word. Chances are high, though,  that if you heard the word only, you likely would have no clue what it means. This is a Russian company, and Uralkali’s announcement this week that it was exiting what was effectively the global potash cartel will break up Belarusian Potash Co. (BPC). The company’s decision to end production restrictions has destroyed fertilizer stocks, as well as many of the business prospects that were tied to potash and fertilizer operations. While billions of dollars have just been lost, billions more remain at risk if things keep up.

BPC was created eight years ago when Russia’s Uralkali and Belarusian Belaruskali formed a marketing group for the two companies’ potash production. It competed with a North American marketing group Canpotex, which markets potash fertilizer from Potash Corp. of Saskatchewan Inc. (NYSE: POT), Agrium Inc. (NYSE: AGU) and the Canadian arm of Mosaic Co. (NYSE: MOS). The two cartels controlled about two-thirds of the world’s potash production. Needless to say, these stocks have been slaughtered.

Potash Corp. of Saskatchewan Inc. (NYSE: POT) has tried to stabilize, but the $29 handle of today was $38 and $40 in July. The downgrades have been massive from Wall Street analysts: cut to Market Perform at Raymond James, cut to Market Perform at BMO Capital Markets, cut to Neutral at Macquarie and cut to Hold at BGC. Others have slashed estimates. Potash Corp. is still valued as $25 billion in its market capitalization, and its shares still are exponentially higher when compared to 2006, and further back even, if its 52-week high is $44.82.

Agrium Inc. (NYSE: AGU) continues to slide, with Thursday’s drop in late-morning trade down to $82.75, a new 52-week low. This one is down from a 52-week high of $115.31, and the market value is still north of $12.3 billion. Citigroup downgraded it to Neutral on the last day of July. We would caution that the stock remains exponentially higher still from the post-recession lows, and even higher versus going back to 2006 and longer.

Mosaic Co. (NYSE: MOS) has lost more than one-third of its value from its 52-week high of $64.65, and shares fell from a recent high of $57 to $41.30 in recent trading. Its market cap remains above $17.5 billion, and its stock remains exponentially higher than when compared to 2006 levels. before shares went through the roof. We have seen several key downgrades here in recent days as well: cut to Sell from Buy at Ameriprise, cut to Market Perform at Oppenheimer, cut to Sector Perform at Scotia and cut to Equal Weight at Morgan Stanley.

Intrepid Potash Inc. (NYSE: IPI) also tumbled with these potash and fertilizer stocks. At $12.60, it has fallen almost by half from its 52-week high of $24.70. Its stock was at $19 before all hell broke loose this week. Intrepid’s market value has now dipped to less than $1 billion, and its prospects have been voted as being atrocious because the stock looks to be at an all-time low on its charts. We have seen downgrades in recent days as well: cut to Underperform at BofA/Merrill Lynch, cut to Sector Underperform at Scotia and cut to Underweight from Equal Weight at Barclays.

Market Vectors Agribusiness ETF (NYSEMKT: MOO) includes many fertilizer and potash players, but it also includes ADM, Monsanto, Deere and foreign players that dominate this sector as well. Its drop has been very high for an ETF, and it has only just now recaptured the $50 level after a 0.5% slip so far on Thursday. Its shares were around $52.50 before the news broke, but it remains down more than 10% from its 52-week high of $56.55.

These are just the actively traded ones in the U.S. market. There are many others with exposure as well, but the four companies above (not including the ETF) still have a combined market cap of close to $46 billion.

Shares of Compass Minerals International Inc. (NYSE: CMP) have recovered about $10 from the recent lows, but at $75 today, it still compares to almost $90 before the news broke. It has a $2.5 billion market value now.

Even Chemical & Mining Co. of Chile Inc. (NYSE: SQM) saw its shares gutted, despite being considered a lithium player and other chemicals. Its plant nutrients and potassium businesses took the shares down, dropping from $37 or so down to as low as $28.50 in recent trading. Its NYSE-listed market value is $7.6 billion, and that is with the stock now down more than 50% from its 52-week high of $65.31.

We wanted to see if there were opportunities for great share price bounces. Unfortunately, even if those bounces do come, some serious damage has been brought to the potash and fertilizer players. Many stocks are exponentially higher than back in 2006 before the stocks exploded due to increased global demand and solid pricing power from potash producers. Billions of dollars have been erased from the value of these sector leaders, and it is not a certainty that the carnage is suddenly over, Now the companies likely will have to deal with balance sheet write-downs in the coming quarters if the recent developments come to fruition.

Outside of short sellers who won from betting against these, the good news is that this will make the global input costs lower for food growers. Hopefully that will translate to lower costs being passed down through the entire supply chain, ultimately to lower prices for you and me at the grocery stores. Hopefully.