The BlackBerry Stock Surprise for 2014 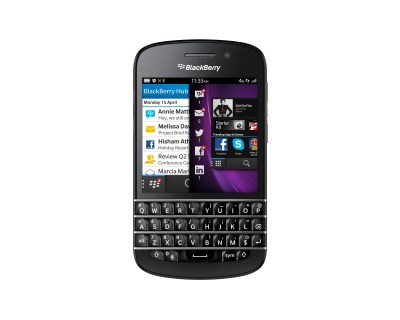 Source: Courtesy BlackBerry
BlackBerry Ltd. (NASDAQ: BBRY) was supposed to be on its way to being dead and buried. After all, after the failed buyout and subsequent disappointments its stock hit a multiyear low of $5.44 back on December 10. Now though, shares are back around $8.50 again.

How is it that BlackBerry is almost back at the old implied buyout price, and in less than a month? The answer may simply be John Chen as BlackBerry’s new CEO. His efforts to get Foxconn to take over the hardware design and building (and inventorying) was a hit.

Chen has vowed to keep BlackBerry different by keeping that keyboard in the future, although that does not mean the touchscreen will disappear. The company also has vowed to be more aggressive about going after patent violations much more than it has in the past. One such patent violation suit is against the maker of the iPhone keyboard.

Another driving force for BlackBerry is the one thing that no one really wants to acknowledge as a real threat — security. For enterprises that want to maintain security and email protection, BlackBerry is still the leader.

BlackBerry shares have even done well since its earnings report, in part from the Foxconn announcement, despite having announced a $4.6 billion noncash charge on long-lived assets. It also lost some $354 million from continuing operations.

It is hard to imagine that BlackBerry will be what it was if its focus is going to be around enterprises. Many employees of those enterprises have demanded over and over that their employers switch to iOS or Android in the past year or two. That may get in the way of Chen’s revitalization plans.