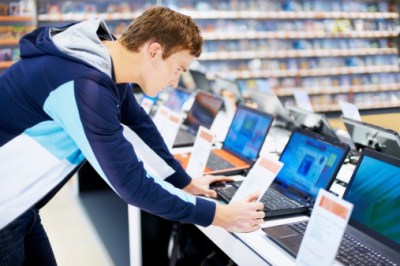 Source: Jacob Wackerhausen/ThinkStock
Radio Shack (NYSE: RSH), it seemed, was determined to dig itself into an ever deeper hole. It was following the same tired path that nearly brought Best Buy (NYSE: BBY) to its knees, along with the likes of Circuit City, Sixth Avenue Electronics, Nobody Beats the Wiz, and Crazy Eddie’s that all finally did succumb.

It seemingly chose to rely on yesterday’s technology, on the things that had been driving consumer electronics to oblivion — like betting big on commoditized cellphones — rather than on those advances that were going to be the industry’s future. Yet this week’s announcement it was launching RadioShack Labs to give startups a direct path to its base of 2,000 stores is more than just a step in the right direction. It’s a realization the creation of tomorrow’s next big thing is where it needs to go.

Radio Shack will partner with PCH International to provide innovative startups a pathway to consumers through a direct-to-store channel featuring both marketing promotion and a strong retail and online presence. By the end of year, the Shack plans on having these products in their own dedicated space in-store.

That’s the kind of innovative thinking Radio Shack needs to fend off bankruptcy. Previously, it thought concentrating ever harder on mobile phones would be its salvation, that by featuring even more prominently in its stores cellphone kiosks and pushy salespeople pressuring you to sign up for multiyear contracts it would entice people to enter its stores.

But Best Buy already did that, and did it better, going all-in on mobile phones and creating standalone stores, though their commoditization endangers even its recovery. The electronic superstore’s first quarter earnings felt the pressure from the industry’s lack of innovation, and management expects there to be continued softness until the three major carriers introduce new handsets that everyone can go gaga over.

Comps for Best Buy were 0.6% in the quarter compared to a 3.4% increase last year, and with mobile accounting for 30% of its revenues, that’s going to be a major driver for whether or not it succeeds. Radio Shack will also report results soon, and will likely experience similar weakness. Last quarter’s results suffered because the mobile category is low-profit, which led to declining gross margins. Trying to make up in volume what they can’t in pricing helped destroy same-store sales, which plunged 19% from the year ago period.

It’s been suggested Radio Shack can reverse course instead by looking to to 3-D printing, Arduino micro controllers, and Raspberry Pi minicomputers, which while forward-looking, also harkens back to its past because it’s the very foundation of the gadget guy in his garage building stuff. That was the foundation upon which Radio Shack was built. The maker revolution is the very essence of that spirit, of the person putting together his Heathkit electronic kits in his basement. And offering not only 3-D printers for sale, but 3-D printing services, something leading office supplies retailer Staples (NASDAQ: SPLS) has jumped on early, is part and parcel of trying to capture that soon to grow market.

CEO Joseph Magnacca says “It’s long been our belief that innovation and collaboration go hand-in-hand. As we transform RadioShack, it’s important that we simplify and streamline the channels that encourage inventors and entrepreneurs to join us in the retail environment.”

The creation of RadioShack Labs and the electronics store’s partnership with PCH seems very much in the spirit of this. It’s not just one thing Radio Shack needs to do, but a series of steps it has to take. This is a big one, and could prove to be the start of Radio Shack’s recovery.

Leaked: Apple’s next smart device (warning, it may shock you) Apple recently recruited a secret-development “dream team” to guarantee its newest smart device was kept hidden from the public for as long as possible. But the secret is out, and some early viewers are claiming its everyday impact could trump the iPod, iPhone, and the iPad. In fact, ABI Research predicts 485 million of this type of device will be sold per year. But one small company makes Apple’s gadget possible. And its stock price has nearly unlimited room to run for early-in-the-know investors. To be one of them, and see Apple’s newest smart gizmo, just click here!