How Long Can GoPro Keep the Run Going? 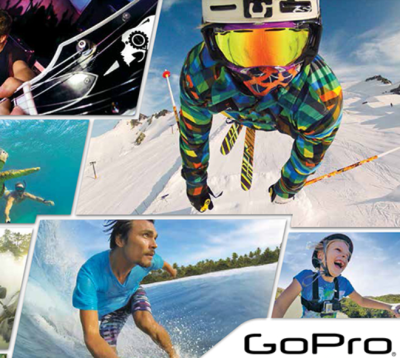 Source: GoPro S-1 Filing
There’s no slowing down the bullet train known as GoPro Inc. (NASDAQ: GPRO). The maker of high-definition and nearly indestructible cameras saw its shares rise as much as 12% Monday morning to $40, or 67% higher than the stock’s initial public offering (IPO) price and less than half a dollar from the high it set in Friday trading.

More than 45 million shares changed hands on each of the first two days of trading, which gives us a clue about what is going on. The company issued just 17.8 million shares, and there were plenty of investors who were not able to get a piece of the IPO action. And it seems that regardless of the stock’s price, many of those investors are not shy about paying a premium for the stock.

The stock is trading Monday at somewhere between 35 and 50 times forward earnings, depending on which projection you look at. While that is awfully rich, it is worth remembering that GoPro is that rare bird among IPO companies — it is already turning a profit.

At the IPO price, GoPro raised about $427 million at a valuation of about $2.96 billion. Given the run-up in the share price, the company’s market cap this morning is around $4.9 billion. The company’s founder and CEO owns about 48% of the voting stock, and the cash value is north of $2 billion at the current price.

Another thing GoPro has going for it is its unique use as an action camera. The camera can be strapped to a helmet, worn in a chest harness, or attached to a car’s windshield or even the outside rear-view mirror. Would you want to strap your smartphone to your chest and hit the surf? Or attach it to the rear-view mirror of your car and take it for spin on the racetrack? Didn’t think so.

The company is also trying to monetize the videos it gets from users and posts online for free. It is developing a YouTube channel, and an estimated 6,000 videos shot with the camera are uploaded to YouTube every day. Whether extreme sports enthusiasts will pay a subscription fee for GoPro channels remains to be seen.