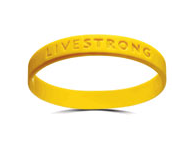 If the brand of Lance Armstrong was a stock, let’s just be nice say that the value would have tanked. The reality is that the exchange would have probably halted trading if it was public. After the doping allegations and details emerged about use of performance enhancing substances have grown and grown, Lance Armstrong has been rapidly losing support. If you tally up the over $400 million raised by the foundation, the corporate sponsorships, and also a family of mutual funds tied to LIVESTRONG, it is amazing that there are literally billions of dollars at stake here.

Lance Armstrong won the Tour de France seven straight times and the most common referrals to hit met worth show close to $125 million. He founded LIVESTRONG under the Lance Armstrong Foundation, but Armstrong announced on Wednesday that he has now stepped down as chairman of the organization. The LIVESTRONG.org website shows that in 2011 the functional expenses were $35.786 million and that 82% or $29.348 million went into programs. Some 13% of the functional expenses went into fundraising and 5% went into administration. Since its inception, some $400 million dollars has been raised for the fight against cancer.

More brand death is continuing here. Nike Inc. (NYSE: NKE) has now dumped its contract with  Lance Armstrong. It said, “Due to the seemingly insurmountable evidence that Lance Armstrong participated in doping and misled Nike for more than a decade, it is with great sadness that we have terminated our contract with him.” Nike did say that it currently plans to continue support of the LIVESTRONG initiatives. On the Team LIVESTRONG sponsorship, it says that more than 84 million bands have been distributed to date. As of noon on Wednesday, the Nike online store still had some 104 products under an “Armstrong” search.

We have also seen reports that RadioShack Corporation (NYSE: RSH) is cutting its ties to Lance Armstrong, although neither Team RadioShack nor RadioShack itself have formally released the news. A RadioShack spokesperson told us, “RadioShack has no current obligations with Lance Armstrong. Our sponsorship with Team RadioShack Nissan Trek is unrelated, as Lance retired from professional cycling some time ago. For what it’s worth, however, we will continue to participate as a sponsor for the 2013 season.” We would note that Nissan is also a key sponsor of Team RadioShack.

It remains to be seen whether or not the health of Lance Armstrong’s foundation and whether or not LIVESTRONG will survive. The brand is more than just damaged today and we’ll have to see if other sponsors start to hit the eject button or not.

This is a very unfortunate situation and is a let down to many. How this plays out is still a work in progress and it is possible that a recovery can occur. At a minimum, it seems very likely that you will be seeing fewer and fewer yellow wristbands being worn out in public.