Companies Left in a Lurch as Tiger Woods Out of Masters 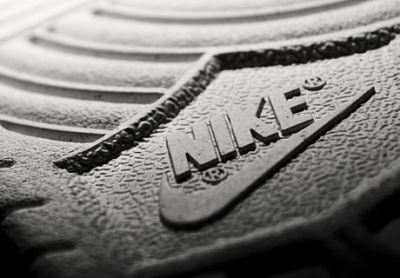 Source: Wikimedia Commons
It’s just not CBS Sports that is a loser if Tiger Woods does not play in the Masters Golf Tournament. CBS Corp. (NYSE: CBS) likely will lose out because a healthy Woods playing competitive golf boosts ratings, often dramatically. In the 2013 Masters, his improper drop of a ball was all the talk for the weekend, and ratings were strong most the weekend. Without Woods, the Masters tournament’s ratings will be merely pedestrian. Also losing out are Woods’s sponsors.

His presence on the golf course would have given his sponsors lots of exposure during the first major tournament of the professional golf season. And there are sponsors for Woods who have stuck with him despite the sex scandal that unraveled his marriage in 2010. Here is the list:

Nike Inc. (NYSE: NKE). Nike will regret not seeing Woods swing clubs that were specially built for him, hitting a Nike golf ball and wearing Nike sports apparel. But the sporting-goods-and-apparel company has so many athletes under contract that it will not hurt that much. Among the athletes is Rory McIlroy, the young golfer from Northern Ireland who has been the top-ranked golfer in the world.

Rolex. The privately held maker of high-end watches. Woods signed with Rolex in 2011.

NetJets. This company sells customers fractional interests in corporate jets and makes jets available on as little as four hours’ notice. NetJets owns more than 650 jets. The company was founded in 1964 and has been owned by Warren Buffett’s Berkshire Hathaway Inc. (NYSE: BRK-A) since 1998.

Upperdeck. The Upperdeck is a marketer of sports memorabilia, including cards, pictures and other products. It also hosts autograph signings and authenticates autographs.

Fuse Science. Fuse is a tiny, money-losing sports nutrition company. OTC shares were trading at $0.02, though they traded as high as $1.25 after agreeing to sponsor Woods. The company reported a loss of $4.8 million in its 2013 fiscal year on revenue of $314,000.

Kowa Company. Kowa is a Japanese manufacturer of cotton fabrics, chemicals, medical equipment and other products, including LED lights.

Tatweer: The Tiger Woods Dubai. It is not clear why this is on Woods’s list. This was supposed to be a golf-course community in Dubai that includes mansions and villas and a boutique hotel. Woods was to have designed the golf course. The project collapsed in 2011.

PGA Tour. Woods lists the tour as a partner.

Woods used to be a magnet for sponsorships, grossing as much as $100 million a year until his personal life intervened. He lost deals with companies such as AT&T Inc. (NYSE: T), Accenture PLC (NYSE: ACN), Procter & Gamble Co.’s (NYSE: PG) Gillette and PepsiCo Inc.’s (NYSE: PEP) Gatorade.

Sports are big business, no doubt about it. 24/7 Wall St. has taken a look recently at cities paying the most for sports teams and NFL teams with the most expensive tickets.